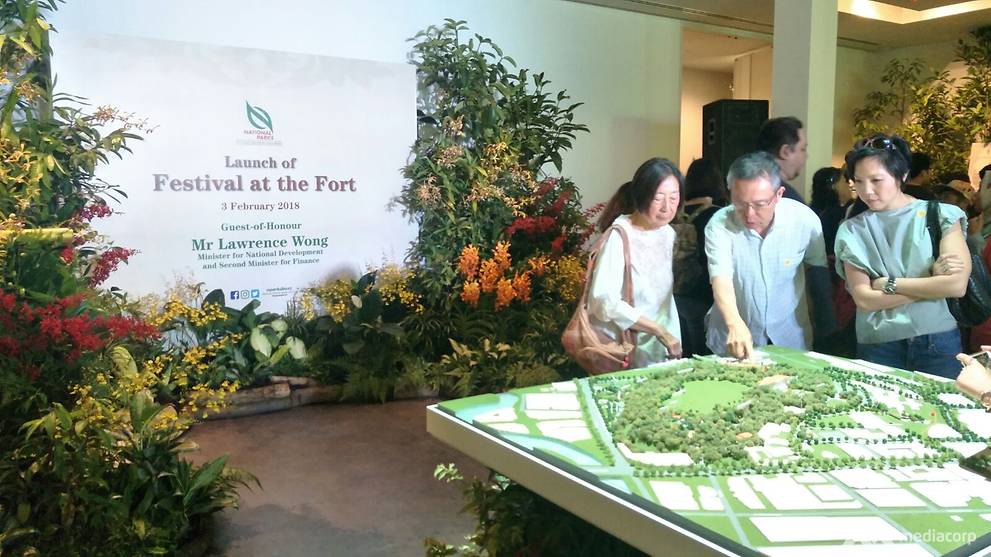 3 historical gardens at Fort Canning Park to be restored

Visitors at the launch of the Festival at the Fort event on Feb 3, 2018. (Photo: Kamini Devadass)

SINGAPORE: Three historical gardens will be recreated within and around Fort Canning Park as part of efforts by the National Parks Board (NParks) to restore the heritage of the area.

Two heritage trails will also be recurated as part of enhancement efforts, said Mr Wong, speaking at the launch of Festival at the Fort, an event celebrating the history of Fort Canning Hill and its surroundings.

"Fort Canning Park is an integral part of our history," he said. "We want to ensure that its stories continue to be remembered. This is why we are enhancing Fort Canning."

For instance, the First Botanic Garden will be landscaped with plants introduced to Singapore in the early 19th century that were integral to the Spice Trade. Certain parts of Armenian Street will also be pedestrianised and turned into a park as part of the Garden's recreation.

"We are building connections to link the park to nearby landmarks. Covered escalators will bring visitors from Fort Canning MRT station to the hilltop, and from Stamford Green to Fort Canning Park."

Members of the public are invited to give their suggestions on the plans between Feb 3 and 11 via the NParks website.

Enhancement works will begin in March and will be progressively completed from June 2019.