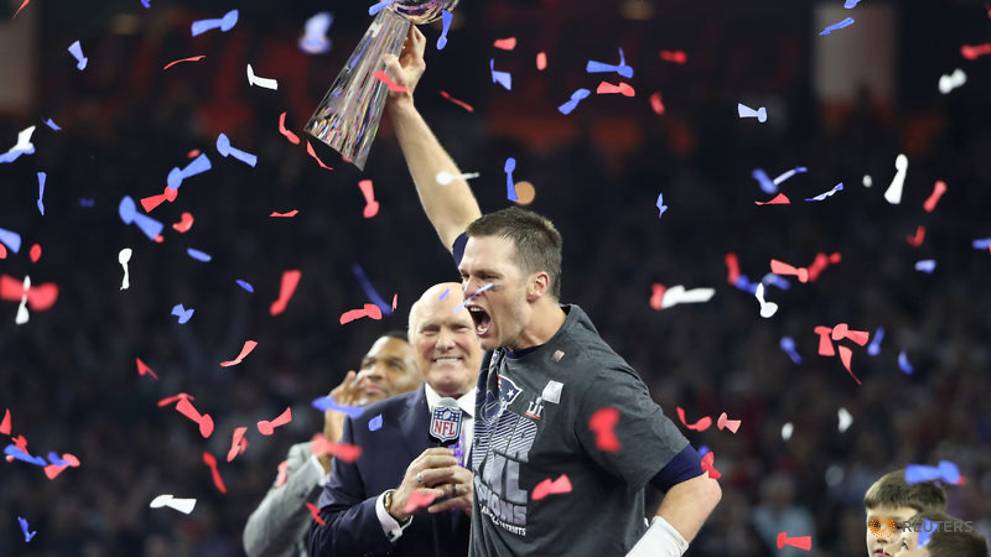 Las Vegas casinos are joining the Tom Brady fan club since their share of what is expected to be a record year for Super Bowl wagers will increase if the quarterback's New England Patriots beat the Philadelphia Eagles.

MINNEAPOLIS: Las Vegas casinos are joining the Tom Brady fan club since their share of what is expected to be a record year for Super Bowl wagers will increase if the quarterback's New England Patriots beat the Philadelphia Eagles.

The defending champion Patriots are 4-1/2 point favourites heading into the National Football League's championship game in Minneapolis, with the bulk of the bets still to come in ahead of Sunday's 6:30 p.m. ET (2330 GMT) kickoff.

For MGM Resorts International (MGM.N), which operates 10 sports books on the Las Vegas Strip, the early action has them pulling for the Patriots to win but not cover the spread.

Jay Rood, vice president of the race and sports book at MGM Resorts, said he was already seeing good money coming in and was optimistic that this year's Super Bowl wagers would be big.

"It's a great match-up and the Patriots fanbase brings out really strong players," Rood said in an interview.

The US$138.5 million in Super Bowl bets that was wagered in Nevada's sports books last year easily surpassed the previous high of US$132.5 million set the previous year, according to the Nevada Gaming Control Board.

This year's match-up, featuring a Patriots team seeking their third title in four seasons, and an Eagles outfit seeking their first Super Bowl, is expected to set a new mark for betting on the championship game in Nevada.

"It's a good match-up," said Mike Lawton, senior research analyst for the Nevada Gaming Control Board. "Obviously the Patriots are going to attract a lot of attention, so are the Eagles. The economy is doing good and that's going to help."

Aside from more traditional bets, gamblers can take a chance on proposition bets, like deciding which team will score first, whether a player will leave the game with a concussion and what colour liquid will be poured on the winning coach.

Among some of the more unique proposition bets are how many times U.S. President Donald Trump will tweet during the game, how long Pink will take to sing the national anthem and how many times Brady's supermodel wife Gisele Bundchen will be shown during the live broadcast.