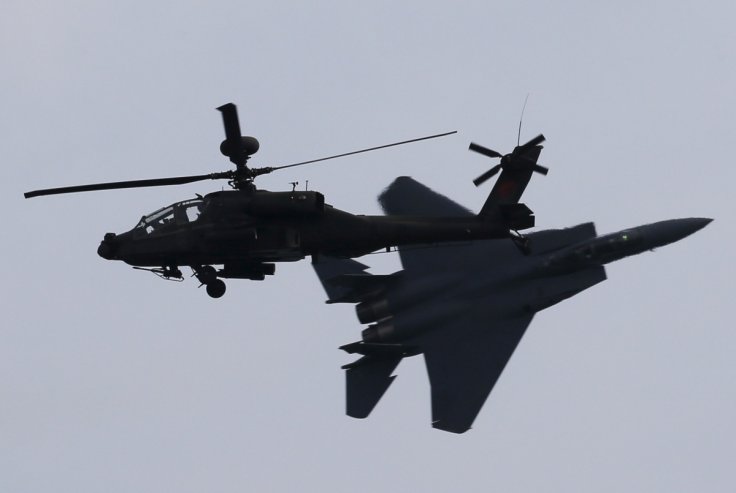 ASEAN Defence ministers to meet on sidelines of Singapore Airshow 2018

A Republic of Singapore Air Force (RSAF) F-15SG fighter aircraft performs a maneuver as it flies past an RSAF AH-64D Apache helicopter during a preview of the Singapore Airshow at Changi exhibition center in Singapore February 14, 2016.

Singapore's Ministry of Defence (MINDEF) said on Saturday that the defence ministers from the Association of South-east Asian Nations (ASEAN) will be visiting the country on Monday to attend the ASEAN Defence Ministers' Meeting (ADMM) Retreat.

The defence ministers and senior officials from all 10 member states, as well as the secretary-general of ASEAN will attend the retreat on Tuesday. The event will be held in conjunction with the Singapore Airshow 2018.