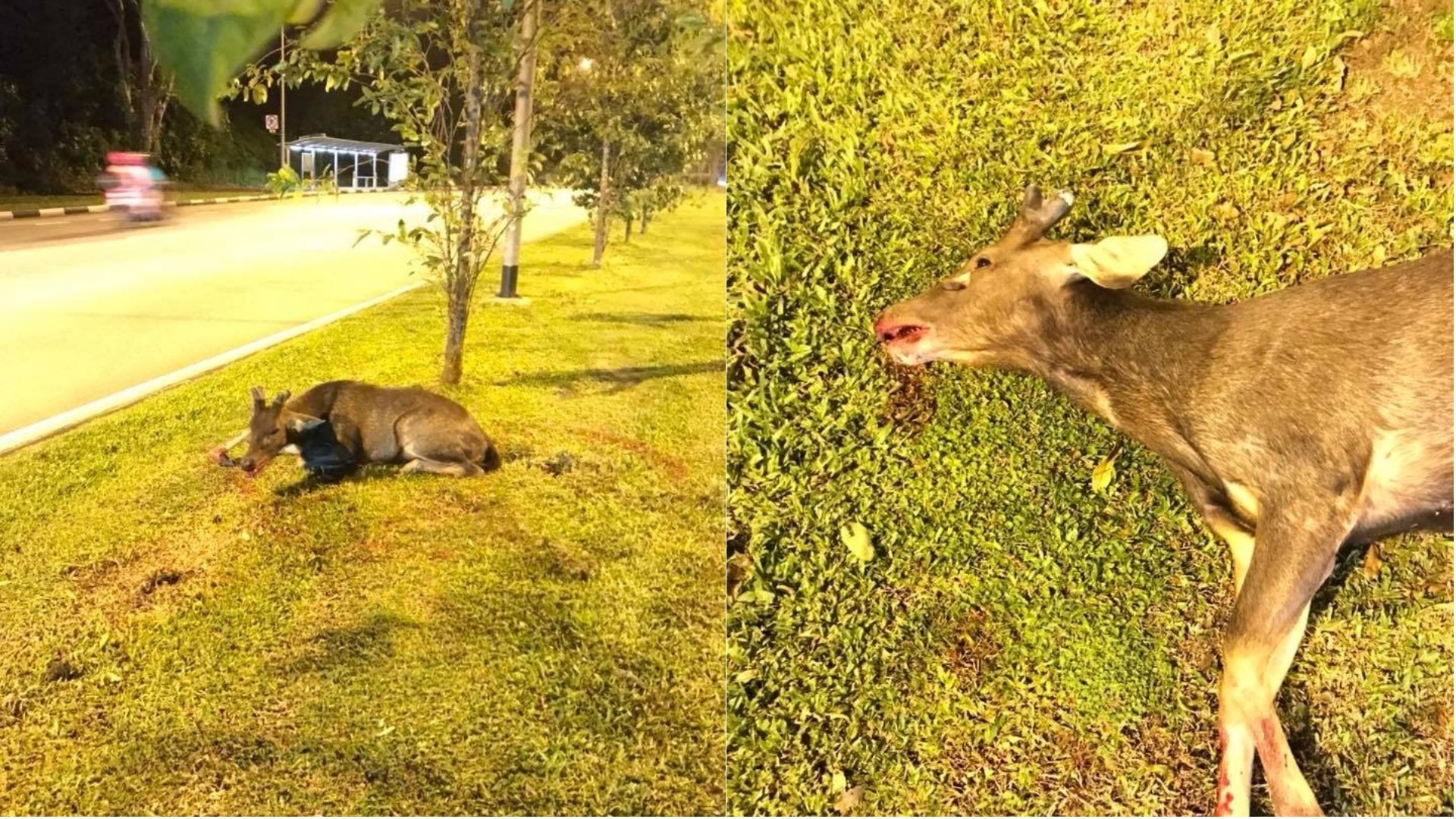 There have been a few sightings of sambar deers in the Mandai area in recent months.

Here’s a herd of them just chilling by the roadside:

Here’s one that got away:

For one deer, however, it was not so lucky.

In a post shared on Saturday, Feb. 3, a male sambar deer was found lying by the roadside along Mandai Road.

It was believed to have been a victim of a hit-and-run.

Photos from the post showed that there was blood in its mouth, forelimbs and surrounding grass patches.

Painful struggle in its final moments

The video showed the deer convulsing uncontrollably as its body jerked violently back and forth while lying on the grass against the backdrop of several speeding vehicles.

Animal Concerns Research and Education Society (Singapore) (ACRES) was contacted, but the sambar deer did not survive.

The National Environment Agency (NEA) was then informed to collect the carcass.

According to a comment on the post on Feb. 5, the driver was apparently hurt in the accident:

Sambar deers are known to dash across the road.

Mandai Road is near the Central Catchment Nature Reserve where many wildlife reside.

Drivers are advised to slow down and be more cautious to avoid roadkill.

poor deer, must have been hit by a motorist, no more jungle for them, man destroys everything.