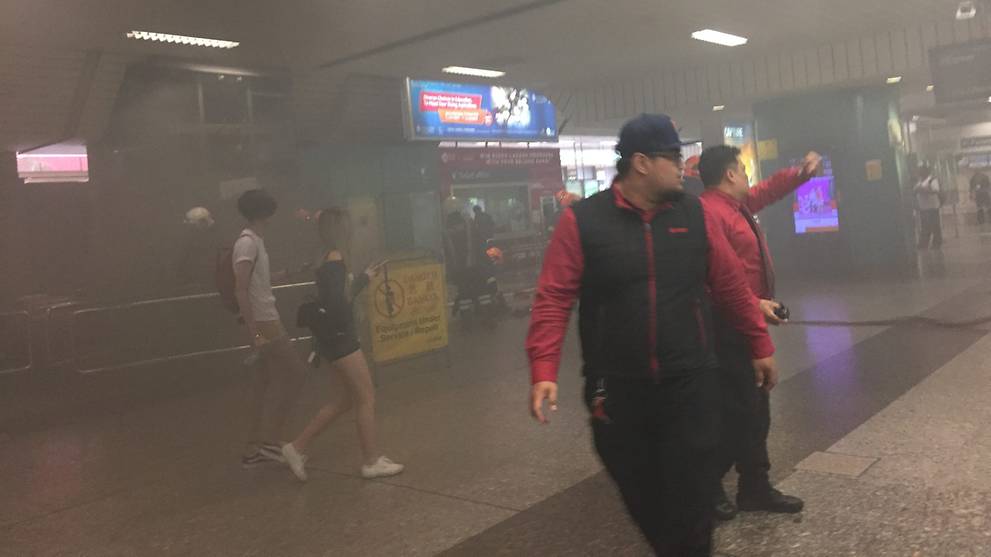 SINGAPORE: Smoke was seen rising from an escalator at Ang Mo Kio MRT station on Monday afternoon (Feb 5). Video of the incident circulating on social media shows the affected escalator leads to an underground link to AMK Hub. Fire engines from the Singapore Civil Defence Force were also seen parked outside the MRT station.

A spokesperson for SMRT said it was investigating and told Channel NewsAsia that "train services are not affected" and that there is "no danger to commuters".

This is a developing story. Details to come.

This story came from a reader tip-off. If you would like to send in photos or videos of something newsworthy, WhatsApp our Mediacorp news hotline at +65 8218 8281 or message us onFacebook.