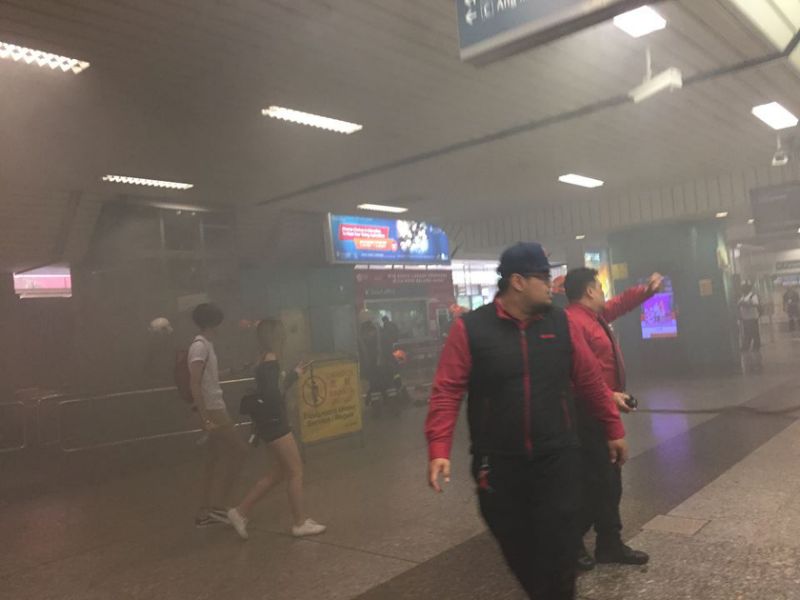 Smoke was seen coming from an escalator at Ang Mo Kio MRT station on Monday afternoon (5 February), prompting staff to cordon off a section of the station, according to media reports.

SMRT vice president for corporate communications Margaret Teo said train services on the North-South Line are not affected and that the rail operator is investigating the incident. “We are investigating an incident at Ang Mo Kio MRT station involving an escalator leading towards the underground linkway to AMK Hub,” she said.

She added that the escalator had been shut down and the linkway closed “for commuter safety”.