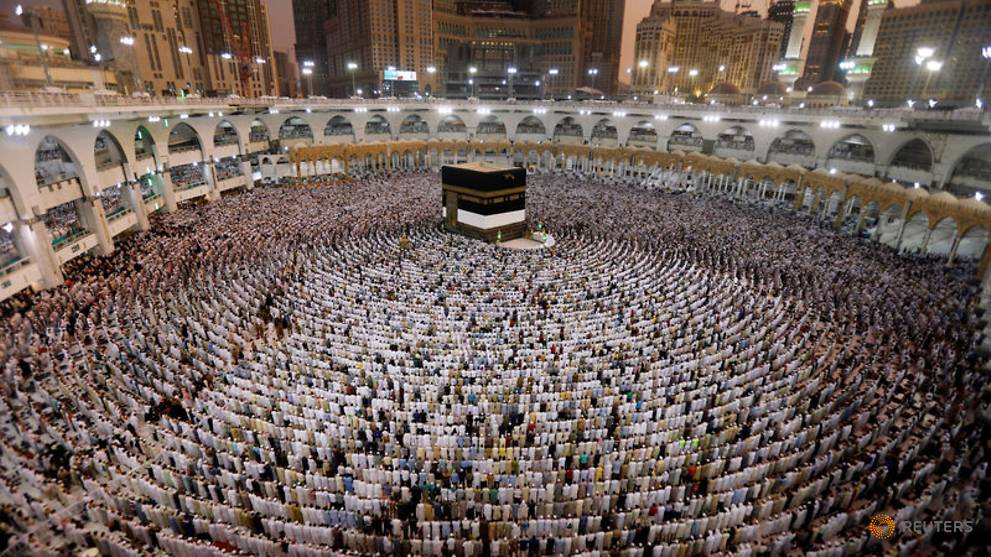 Muslims pray at the Grand mosque ahead of the annual Haj pilgrimage in Mecca, Saudi Arabia, Aug 29, 2017. (Photo: Reuters/Suhaib Salem)

SINGAPORE: The Islamic Religious Council of Singapore (MUIS) announced on Monday (Feb 5) that prospective Singaporean pilgrims can choose from a total of 30 Haj packages this year.

MUIS said the average Haj package price is around S$11,500 for double occupancy, with the lowest package priced at S$6,995 for quad occupancy. All package prices quoted include emergency medical assistance but exclude airfare and prevailing taxes.

“The Kingdom of Saudi Arabia has imposed a 5 per cent value added tax on all goods and services in Saudi Arabia with effect from Jan 1, 2018 and this tax has been included in the Haj packages for 2018. Despite the tax, all prices remain stable and competitive,” MUIS said.

MUIS said it is in the process of notifying successful pilgrims whose registration number falls within the official quota to choose their preferred Haj package. In February 2017, The Ministry of Haj and Umrah of Saudi Arabia increased Singapore's official Haj quota to 800 places.

Prospective pilgrims are reminded not to make any payment to the approved agents, until they receive the Haj package selection letter from MUIS. MUIS also advised prospective pilgrims to carefully evaluate the packages based on individual needs and affordability.

More information on the authorised travel agents and approved Haj packages for 2018 can be found on the MUIS website.