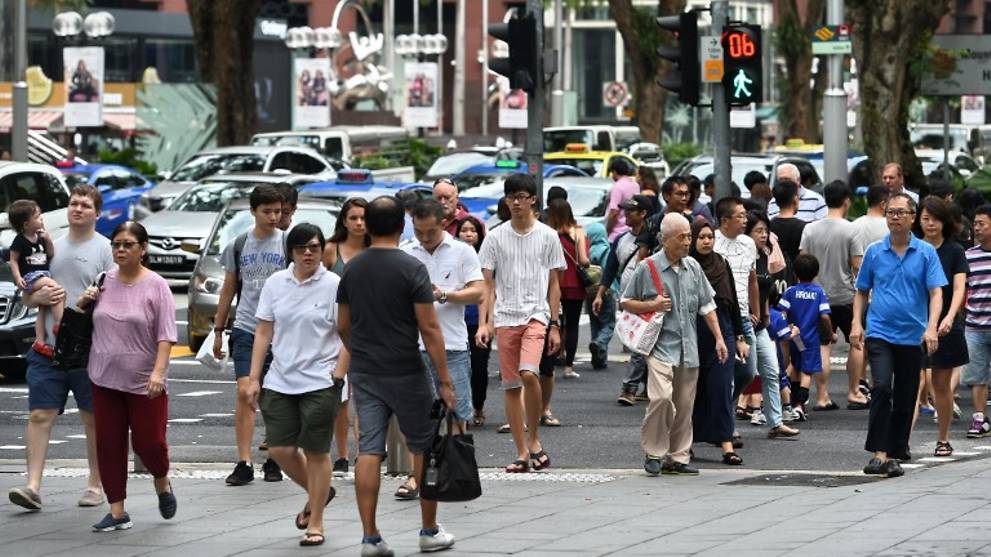 SINGAPORE: It is not necessary to set up a specific inter-ministerial committee to look into how to better integrate social classes in Singapore, said Prime Minister Lee Hsien Loong in a written Parliamentary reply on Monday (Feb 5).

He was responding to a question by Member of Parliament for Ang Mo Kio GRC Gan Thiam Poh, who also asked if there are plans by the Government to ensure that the income gap between different groups will not cause social divide.

The questions come on the back of a nationwide survey by the Institute of Policy Studies which found that class boundaries tend to be more salient than gender, racial and religious boundaries.

In his reply to Mr Gan, Mr Lee laid out three related aspects of the issue – income inequality, social mobility and social integration.

Over the last half century, income inequality has increased in almost all developed economies including Singapore, said Mr Lee. He added that Singapore’s Gini coefficient - a measure of income inequality – is similar to or lower than other large metropolitan centres such as Beijing, Shanghai, London, New York and San Francisco.

However, taking a shorter-term view, Mr Lee pointed out that income inequality in Singapore has in fact declined slightly over the last 10 years, with the Gini coefficient falling from 0.470 in 2006 to 0.458 in 2016, its lowest in a decade.

After accounting for Government taxes and transfers, the 2016 figure was even lower at 0.402.

“We have many targeted, means-tested assistance schemes which provide transfers and subsidies to lower-income groups. For example, the Workfare Income Supplement scheme tops up their cash earnings and CPF accounts, and helps them build up their retirement savings,” said Mr Lee, noting that the Government has “intervened more aggressively” over the years to support the less well-off.

As for funding the increase in social expenditure, Mr Lee said “significant changes” have been made to the system such as the introduction of GST in 1994 and an increased reliance on Net Investment Return Contributions as a source of revenue.

“In the long term, quality education, home ownership and affordable healthcare are the fundamental means by which our citizens, especially those from poorer backgrounds, can improve their lives,” he added.

As society matures, it will get harder to narrow and bridge class divisions, said Mr Lee, and that is why Singapore “must not and will not let up on maintaining social mobility”.

He said education is key to the Government’s efforts, pointing to the major investments made to ensure that every child has access to quality education, regardless of income, as well as financial assistance schemes.

“There are countless examples of children from low income families who have risen to the top in the professions, academia, government and the private sector with the support of these schemes,” Mr Lee wrote.

He said this is why Singapore’s social mobility is good compared to other countries. “One study, looking at the proportion of children from the 20 per cent of households with the lowest incomes who do well in life and later reach the 20 per cent of households with the highest incomes, found a higher proportion in Singapore making this transition than in the United States or Denmark,” Mr Lee added.

SINGAPORE IS “PROACTIVE” IN APPROACH ON INTEGRATION

In a mult-racial, multi-religious society, Mr Lee said Singapore needs to be “deliberate and proactive” in its approach on social integration.

He cited public housing policies and the design of shared spaces as ways in which urban planners have sought to maximise social interactions among people of different backgrounds.

“The issues of mitigating income inequality, ensuring social mobility and enhancing social integration are critical. If we fail – if widening income inequalities result in a rigid and stratified social system, with each class ignoring the others or pursuing its interests at the expense of others – our politics will turn vicious, our society will fracture and our nation will wither,” Mr Lee said.

He noted that there is already a concerted and coordinated effort among the various ministries to tackle these challenges. “It is therefore not necessary to set up a specific inter-ministerial committee to look into these issues,” he concluded.

Secret Committee yes.. Other committees not!! Don let the public see the faults ..