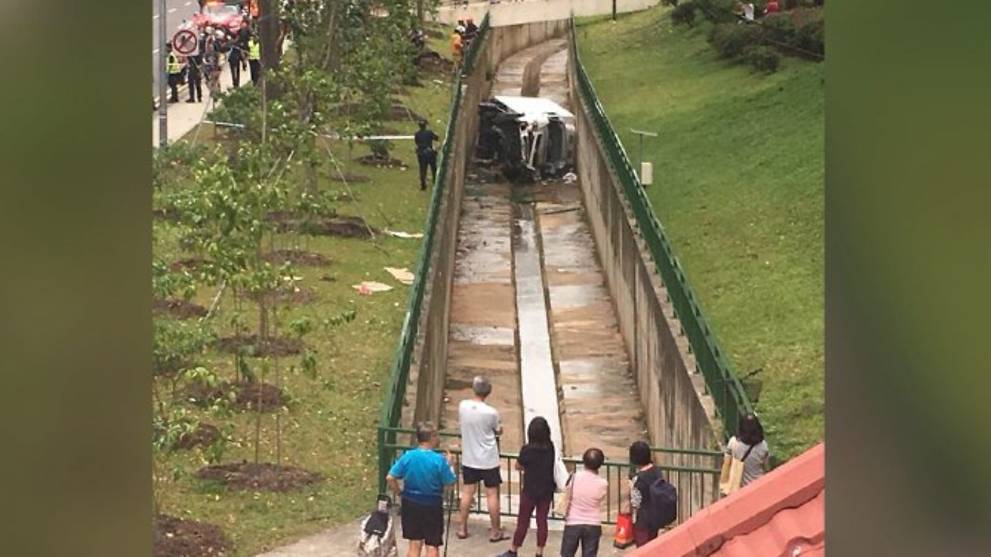 SINGAPORE: A man was taken to hospital after the lorry he was driving plunged into a drain along Lower Delta Road on Wednesday (Feb 7).

The Singapore Civil Defence Force (SCDF) said it was alerted to the incident at around 5pm on Wednesday. The lorry driver was taken to Singapore General Hospital by ambulance, SCDF added.

Channel NewsAsia understands that the man was not seriously injured.

Ms Kerry Ng, who was at the scene in the aftermath of the accident, told Channel NewsAsia that the crash happened near an overhead bridge.

A photo sent by Ms Ng also shows that the drain railings were damaged by the crash.

Don’t know how he managed to drive to the drain... the drain is far away from the road...