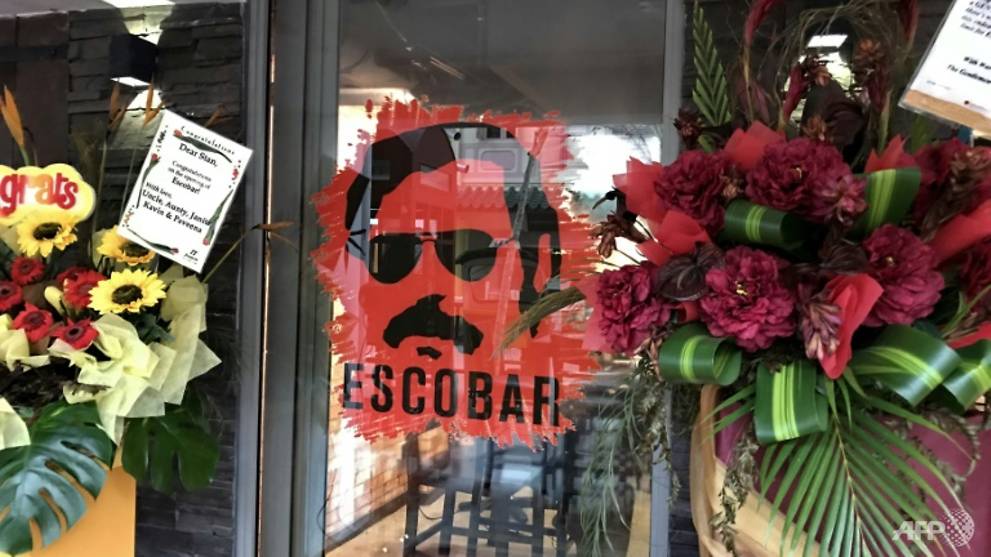 “CNB and the Singapore Police Force will be engaging the owner of the bar and will take the necessary action to uphold our strict anti-drug policy," said a CNB spokesperson.

"It will also be keeping a very close watch on the bar and its patrons to ensure that no illegal drug activities take place there," said the spokesperson, adding that the agency understood that the Colombian embassy and community, as well as some Singaporeans were upset about the matter.

In a three-page letter, the Colombian embassy expressed "serious concern" over the eatery in China Square Central, saying that it was paying tribute to the "worst criminal in the history of Colombia".

The way that Pablo Escobar's name and image are being used to promote the outlet runs counter to Singapore's approach towards drugs and government efforts in preventive drug education, the CNB spokesperson added.

"The glamorisation of a drug kingpin and associated drug use is irresponsible and insensitive."

Responding to critics on its Facebook page, Escobar apologised and said that it plans to change its logo.

"We’re aware of the recent controversy concerning our branding and would like to take this opportunity to apologise to any community or individual who was offended by it," it wrote in a Facebook post on Wednesday. "We would like to reiterate that it was never our intention to glorify or condone the actions of Pablo Escobar."