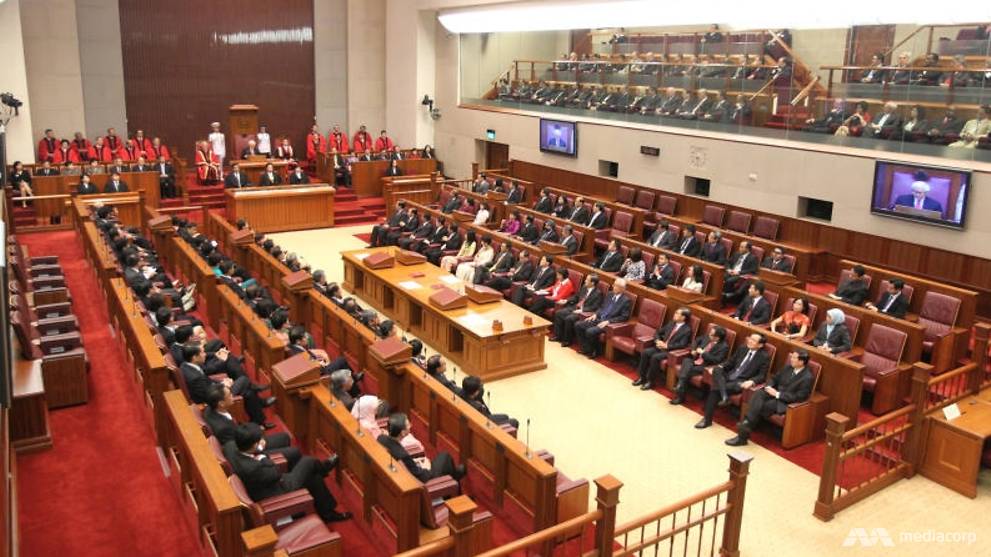 Commentary: The public looks to size up the next Prime Minister, whoever he is

The trouble isn’t that there aren’t good candidates, it’s that the public hasn’t had more opportunities to size them up, says one observer.

SINGAPORE: On the final day of 2017, Emeritus Senior Minister Goh Chok Tong fired a salvo to his own People’s Action Party (PAP) government by declaring on his Facebook page that he would like to see the “urgent issue” of the fourth generation (4G) leadership settled before the year 2018 comes to a close.

In attempting to give due respect to ESM Goh’s prodding, a group of 16 younger political office holders banded together to issue a joint statement on Jan 4 declaring: “We are conscious of our responsibility, are working closely together as a team, and will settle on a leader from amongst us in good time.”

This statement makes complete sense because in a Westminster political system, the Prime Minister is the leader chosen by the party that has been democratically elected by the people. He or she is, as is often described, first amongst equals.

At the same time, the statement is also superfluous in that it is stating the obvious.

As speculations intensified on who the next PM would be, Prime Minister Lee Hsien Loong announced that his mid-electoral term Cabinet reshuffle, due sometime after the Budget in February 2018, would not unveil any new Deputy Prime Minister.

This means that there would be no 4G leadership verdict – at least not just yet.

THE NEXT PM NEEDS TO BE COMPETENT ACROSS VARIOUS POLICY DOMAINS

PM Lee’s attempt to quell the hype surrounding the 4G leadership transition is unlikely to be heeded as Singaporeans will try to read the tea leaves with the upcoming Cabinet reshuffle.

Indeed, one of the markers of PAP rule is economic pragmatism. This extends as well to leadership transition as investors and businesses welcome both political stability and predictability in Singapore.

On this note, it is worth remembering that the discourse surrounding Singapore’s forthcoming changing of the guard had started at least two electoral cycles ago.

At the Institute of Policy Studies’ (IPS) Singapore Perspectives conference in 2010, PM Lee was unequivocal when he declared that “leadership renewal will be a major issue” at the 2011 General Election:

I am confident that by the next general election, the PAP will field a team which will contain the core of the next generation leadership who can, in time, take over from me and my present colleagues and assure the country’s future for the next 10 to 20 years.

The Government’s slump in popular vote-share to a historic low of 60.1 per cent at the 2011 watershed election caused it to focus on arresting its decline in 2015 instead of succession planning.

Only two of the three apparent contenders – Heng Swee Keat and Chan Chun Sing – were elected into Parliament that year, with the third, Ong Ye Kung, tasked to play the waiting game. Both Chan and Heng were appointed to the Cabinet, giving Singaporeans reasons to believe that they were frontrunners in the succession race.

Heng has served as Education Minister and is currently holding the finance portfolio, which appears to be his strength as he had been the head of the Monetary Authority of Singapore (MAS) and Permanent Secretary for Trade and Industry prior to entering politics. He had also held appointments in the Singapore Police Force.

If there is any identifiable gap in his resume, it would be in the social and cultural realm.

Chan, on the other hand, has played multiple roles since transitioning from the military into politics. He has held ministerial portfolios in communication, information and arts, defence, community development, youth and sports and in social and family development. For the current term, he has been the Secretary-General of NTUC and Minister in the Prime Minister’s Office.

Unlike Heng, Chan’s gap is in the economic realm.

Ong’s belated entry into parliament following the 2015 General Election means that he is to date a half-term MP. While he has been catapulted quickly into the leadership space, with joint responsibilities for both education and defence, he remains by all definitions a political novice.

While there is no doubt that all three contenders have stellar CVs, the gaps are also apparent.

Granted that a Prime Minister does not have to be an expert in everything, it is nevertheless critical for the frontrunner to have the “wares” to inspire both domestic and global confidence.

One of the less articulated traits is the ability to communicate competently. This is no less pragmatic than the ability to chart economic plans or revise social policies to improve the lives of Singaporeans.

Political leadership and communicative abilities are very much intertwined.

We expect our top political leaders to connect with us in communicative terms through speeches that are either broadcast on television or on YouTube and other social media platforms.  At the very least, we want to receive the gist of their messages in and through the media.

In the field of linguistics, the term “pragmatics” – a plural form of pragmatic – refers to the social language skills we use in our daily interactions, conversations and speeches. It looks beyond mere speech style, oratorical skill, body language or format to determine if one is a good communicator.

Communicative competence occurs when the meanings in an act of communication are properly understood by both the transmitter and receiver.

The importance of communicative competence in any democratic society, especially one that subscribes to the ideology of pragmatism, cannot be overemphasised because citizens need first to trust their leader before rendering support.

This is true even in pragmatic Singapore where bread-and-butter issues dominate more so than a leader’s oratorical skills.

At the same time, Singaporeans are quite prepared to suspend pragmatism, every now and then, to hear a speech or two from their leaders – and certainly, from their would-be leaders – that inspires and excites them about their individual and collective future.

When articulated well, such a speech could evoke emotional responses from citizens and engender confidence and trust in the government.

In Singapore, perhaps the best example of such a speech was the televised moment of anguish when founding Prime Minister Lee Kuan Yew announced Singapore’s separation from Malaysia back in August 1965.

Elsewhere, the “Yes We Can” rallying cry that was repeated by former US President Barack Obama across the United States in 2008 that led to his historic elevation as the first Black-American president is another compelling example.

The desire to hear political pitches is also evident in the wide interest that Singaporeans have in the Prime Minister’s National Day Rally Speech delivered every year in August.

Perhaps this is where it comes full circle as the PM would often flag new initiatives or policy shifts that would impact on bread-and-butter issues that Singaporeans face.

Going forward, it should not surprise us that Singaporeans will want to size-up their would-be Prime Minister.

Apart from looking at his track record and experience, one would want to hear him speak and “pitch” for the top job.

He would need to exude communicative competence, if nothing else, to give Singaporeans some confidence in the nation’s future - even if the appointment is ultimately made by that group of 16 or by the reshuffled Cabinet.

As if to elicit hints, the local media has been prompt in giving media coverage to the three contenders as they went about giving speeches as part of their ministerial duties in January 2018.

The first cab off the rank was Chan Chun Sing’s lecture to the Oxford and Cambridge society of Singapore on Jan 11 where he dwelt on how a leader must earn the trust of the people.

In a speech reminiscent of incumbent PM Lee’s speech to the Harvard Club in January 2004 before he took over the leader’s mantle, Chan emphasised the importance of finding new ways to communicate with people in order to build trust.

Then came Ong Ye Kung’s speech at the Shangri-La Dialogue Sherpa meeting on Jan 29, in his capacity as the Second Minister for Defence, where he defined psychological defence as trust among people and faith in government, with resilience against forces aimed at sowing discord.

Last but not least, on the final day of January 2018, Finance Minister Heng Swee Keat spoke to the EDB Society on importance of the Industry Transformation Maps to Singapore’s economic future. Heng had also participated in an IPS panel discussion on Jan 22 to discuss the upcoming Budget.

At this point, we do not yet have sufficient proof. It is certain however that every speech of the trio will be analysed for clues, as well as to gauge their communicative competencies.

We can expect the public will look forward to hearing them more and sizing them up in 2018.

pray, it won't be Chan, can't talk for kork.

Disgracing looking at them..none of them is capable and trustworthy.