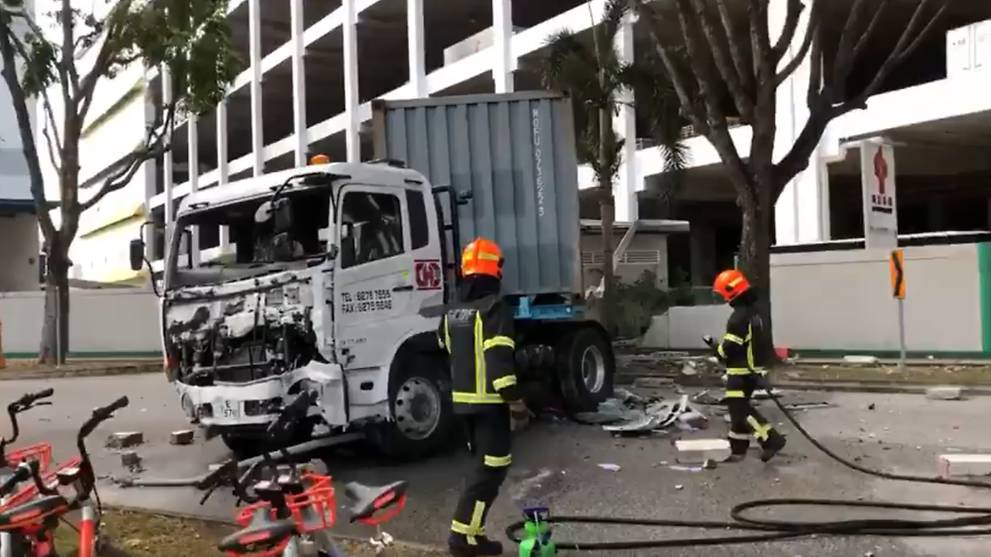 A screengrab from a video circulating on social media shows the damaged trailer following the incident on Thursday, Feb 8, 2018. (Image: Facebook/SG Road Vigilante)

SINGAPORE: A trailer moved down a slope and hit a wall after its driver left his seat to attach it to a container.

The police said they were alerted at 4.10pm on Thursday (Feb 8) to the incident at 7 Penjuru Close.

Channel NewsAsia understands that the driver of the trailer had parked his vehicle on a slope. He was attempting to attach a container to his trailer when it started to move down the slope. The vehicle then hit a wall before coming to a stop before Penjuru Road.

A video circulating on social media showed the white trailer surrounded by debris. The front of the trailer was also badly damaged.

Police are investigating the driver for negligence.