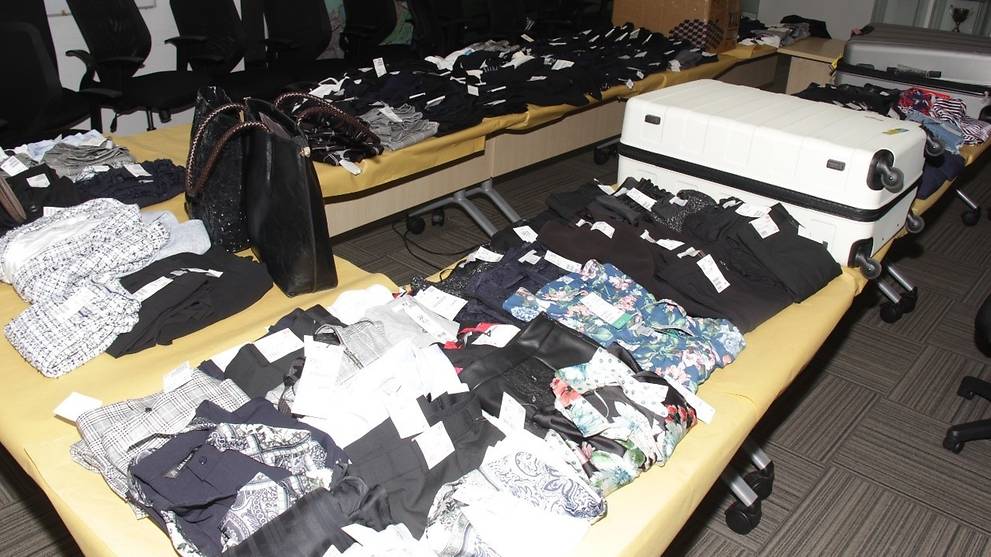 The 167 pieces of stolen clothes that were recovered by the Police. (Photo: Singapore Police Force)

SINGAPORE: The police have recovered 167 pieces of stolen clothes, valued at close to S$9,000, and arrested two 34-year-old women for their suspected involvement in a series of shop theft cases.

Police said they received information on Wednesday afternoon (Feb 7) that the two women were attempting to send stolen property overseas.

Officers from Bedok Police Division identified the two women and arrested them on the same day.

Preliminary investigations revealed that the women are suspected to be involved in several shop theft cases.

Both will be charged with Theft in Dwelling with Common Intention in court on Friday. If convicted, they could be jailed for up to seven years and fined.

How did they manage to steal so many clothes