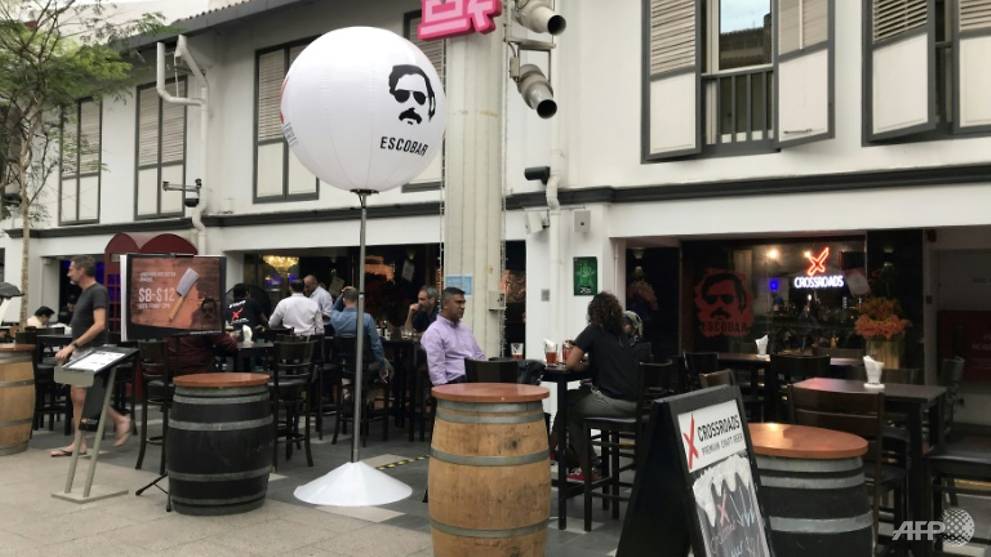 Themed businesses must be ‘consistent with Singapore’s policies’: CNB, SPF

SINGAPORE: Businesses that adopt certain themes or associations as part of their marketing strategy should do so in a manner “consistent with Singapore’s policies” in order to keep the country “safe and secure”, said the Central Narcotics Bureau (CNB) and the Singapore Police Force (SPF) in a joint media statement on Friday (Feb 9).

CNB and SPF had made the statement in reference to local F&B establishment Escobar, which had named and themed itself around the deceased leader of the Colombian Medellin drug cartel, Pablo Escobar.

Both agencies said they have spoken to the owner of Escobar Singapore, who has agreed to remove all references to drugs and Pablo Escobar.

CNB and SPF will closely monitor this process to ensure that all necessary rectifications are carried out, they said.

The authorities added that although the theme, logo and interior of the eatery are not governed under the SPF’s licensing conditions for public entertainment outlets, the use of Pablo Escobar’s name and image to promote the establishment is “highly objectionable” and “runs counter to Singapore’s zero tolerance approach” towards drugs and its efforts in preventative drug education.

“The glamourisation of a drug kingpin and associated drug use is irresponsible,” the media statement said.

Mr Stan Sri Ganesh has said that he did not mean to offend anybody with the name of the bar.

Mr Ganesh has received a complaintfrom the Colombian embassy, as well as anonymous calls with death threats.

The bar will be revamping its logo, but retain its name, he said.