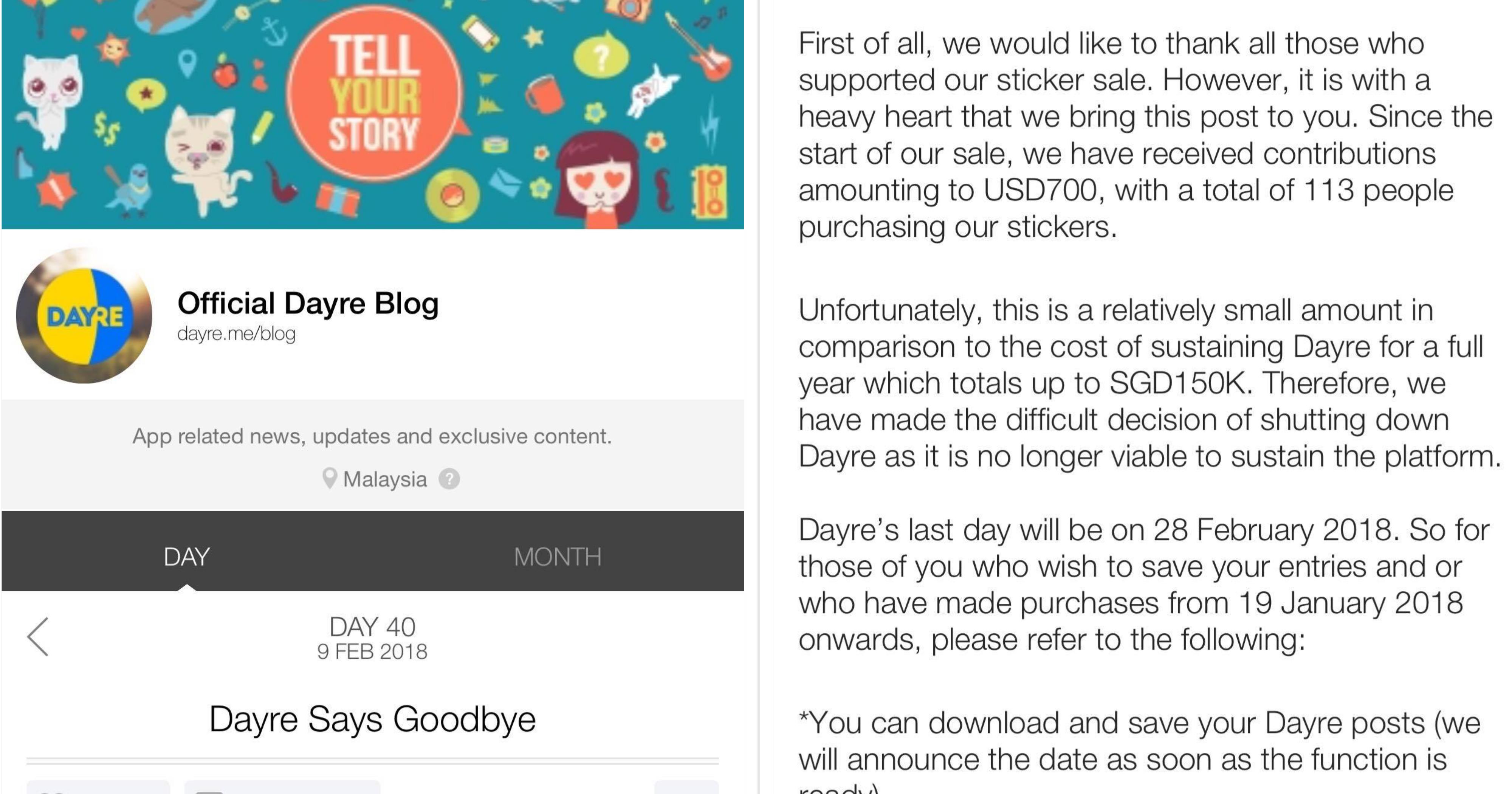 Micro-blogging app Dayre to shut down on Feb. 28

Micro-blogging app Dayre (pronounced “diary”) announced (Feb. 9) that they will be shutting down on the last day of February.

Dayre announced it on its platform today:

According to the post, it has become financially unsustainable to maintain the app.

Overheads are high with the amount of information the server has to host, as well as paying the team that develops and maintains the app.

In addition, the platform does not make money from advertisers.

The only obvious revenues come from the stickers (minimum purchase of S$4.99 for 500 in Dayre currency, which can buy five sets of stickers) and its premium account (S$50) purchases from users.

Dayreans will soon be able to download their old posts as keepsakes, and those who have made in-app purchases will receive pro-rated refunds.

Dayre is a subsidiary of Netccentric Limited, which also manages blog advertising community Nuffnang. The platform was launched in .

The app automatically stitches separate, short posts on the same day into into a single post, which explains the term “micro-blogging”.

This is in contrast with other blogging platforms, where long form posts are usually written in a single seating.

The beginning of an end

Hints of its possible demise started in Jan 2017, when Netccentric CEO Cheo Ming Shen stepped down from his position.

Cheo was the founder of Dayre.

Within its first month, Cheo led Dayre to a good start, with a .

Things seemed to head for a real downturn in June. 2017, when a new CEO was appointed to turn the company around:

Unfortunately, their attempts were in vain, judging by how things turned out.

Enjoy some of Mothership’s greatest Dayre hits below:

27 hard truths about the life of an air stewardess, according to a former S’pore Girl

Here are other interesting articles to check out next:

Quiz: What kind of Chinese New Year gift are you?