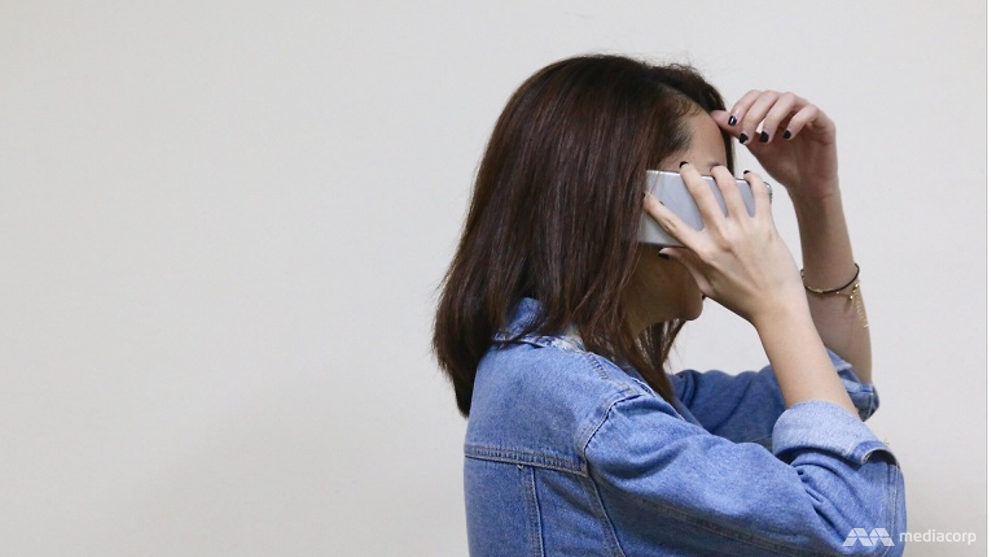 SINGAPORE: Her overseas "admirer" promised to lavish her with gold bars, a Louis Vuitton handbag, smartphones and money.

But Ms Tan (not her real name) was then asked to pay S$3,000 to cover a “Singapore tax charge” for the delivery of these gifts.

The 40-year-old agreed, but then came further requests for an additional S$12,500 to be paid.

That was when she knew that she had become a victim of an Internet love scam.

IT STARTED WITH A SIMPLE FRIEND REQUEST

It all started innocently, with a Facebook friend request on Jan 20. “I am used to receiving requests from different friends from different countries,” said Ms Tan in a phone interview on Friday (Feb 9). “So I told myself, this was normal.”

Her new "friend" said he was a 35-year-old Singaporean Chinese man, living in the United States. He told her that he was a maritime engineer, working for an oil and gas company. “He looks quite gentlemanly ... doesn’t look like a bad guy,” said Ms Tan.

After she accepted his friend request, he started messaging her incessantly, even though she told him that she was married and had two children.

They even spoke on the phone. Ms Tan felt assured that he was genuine, as he seemed open to sharing information and did not appear to be hiding anything.

Barely five days after they became Facebook friends, he offered her a "present".

“He said ‘I am going to send you something’,” Ms Tan recalled. “He said that had a good day because his company was giving him a bonus and his salary early. He said ‘I’m going shopping for myself and I want to buy a small present for you.’”

He told Ms Tan that he will be buying her gold bars, a handbag, smartphones, a computer and cash. He also told her that she might need to cover “tax charges” when the package reaches Singapore.

On Jan 29, Ms Tan received a phone call from a purported "courier service" saying that her package had arrived. The caller also asked her to transfer S$3,000 to a local bank account to cover "additional taxes".

She did as she was told, but then the courier service asked for more money.

“When (the courier service person) told me S$12,500, I immediately sent a message to him that I am going to report this to the police, because I realised that something was actually wrong,” Ms Tan said.

Tan reported the case to the police the same afternoon. It was just 10 days after she befriended the man on Facebook.

It is not just Internet love scams that are on the rise, but various forms of fraud as well, with at least S$99 million lost to scammers last year, said the Singapore Police Force.

Email impersonation scams raked in the highest amount, with victims losing at least S$43 million - the most in the last three years and a 70 per cent spike from 2016. The largest amount swindled in a single case last year was S$5.7 million.

Most of the victims were businesses who were deceived into transferring money to fraud bank accounts of their business partners.

In many cases, the scammers were believed to have hacked into the victims' email account or their suppliers' first, and familiarised themselves with the email correspondence.

They would then use the supplier’s email account or create a spoof account closely resembling that of the suppliers’, and ask victims to transfer payments to a new bank account.