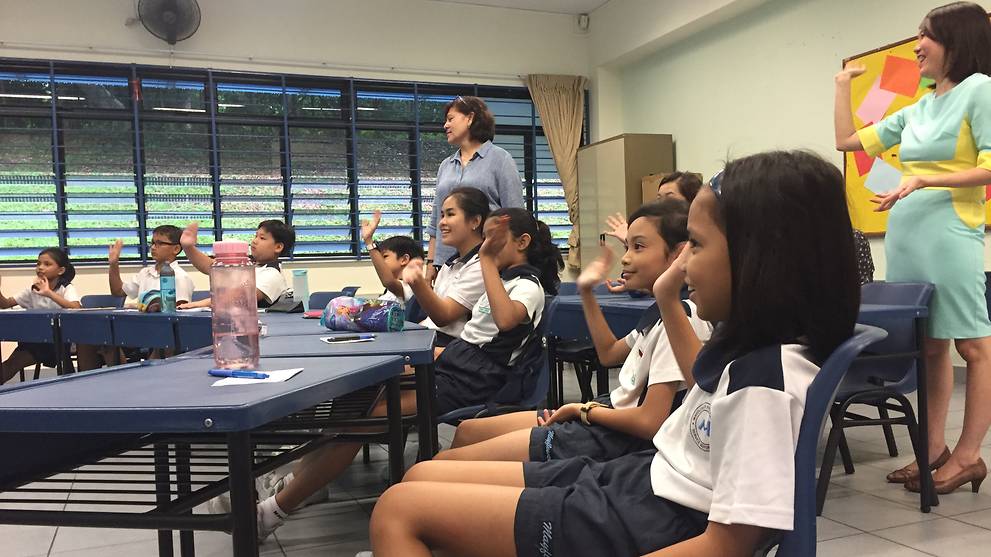 Commentary: Inclusiveness can help us redefine the purpose of education

We need to have greater exposure and stronger support to shape mindsets to accept those with disabilities, says Channel NewsAsia's Bharati Jagdish.

SINGAPORE: When I interviewed Nicholas Aw, then-President of Disabled People's Association in 2016, it came as a surprise to me that in spite of the fact he was an advocate for a greater acceptance of people with disabilities, he wanted to stay in the shadows.

He declined to be filmed for our interview.

When I asked him if he was ashamed of his condition, he denied it.

He was concerned about what a visual display of his condition on social media would do to his family and friends.

It’s just that when I watch myself with the condition, I feel pain for my friends who have to watch it. I think about my mother and how she’ll have to watch her son. I feel that people may talk to her and say: 'Hey, I saw your son and he was doing this.'

Mr Aw’s feelings came from a deep-seated issue and a belief that while Singapore society has changed in many ways, in certain areas, we may not have evolved much.

“When I was younger, my parents used to be embarrassed for me. I just don't want my son to go to school and then his friends will go: 'Hey, your papa is like that.' And then he'll be bullied, or he'll come back and cry and say: 'Hey, papa why you like that?'"

While Mr Aw did well in school, managed to make friends and find employers who were able to look past his condition, he said he was often made fun of by strangers even into adulthood.

I understood where he was coming from, but I also wondered if hiding in the shadows would merely perpetuate others’ ignorance and the stigma surrounding people with disabilities. He said:

To be honest, no matter how much I expose myself on TV or video, I don't think it's going to change a lot because most people are very set in their ways about their perceptions. So, unless we get them when they're very young, to teach them about disabilities and conditions, I'm not confident about doing that.

Some might argue what better way to build awareness than through the media, but Mr Aw made sense. There are limits to using such avenues. In fact, a foundation of fear and ignorance may be reinforced or propagated further if such content is not managed meaningfully.

What he suggested instead could lead to a more meaningful understanding of the issues and the people dealing with them.

He has been a long-time advocate of disability awareness education in schools.

Today, we are seeing relatively huge strides in this area.

The school has been making adjustments to its teaching and even canteen operations to cater to six Primary 1 pupils with hearing loss.

The hearing-impaired students have also been assigned two buddies each from the upper primary level to look after them during recess.

It’s an encouraging start, but for this to work long term and on a wider scale, interactions between students with disabilities and those without, need to be sustained and meaningful.

A 2016 survey commissioned by the Lien Foundation revealed concerning results.

It showed that Singaporeans support the idea of inclusion, but when it came to walking the talk, their responses were dismal.

While most people said they believed that children with and without disabilities can study together, only half of parents polled said they were comfortable with having a special needs child sitting next to their own in class.

Experts point out that the uncertainty surrounding interacting with special needs children could be addressed if the frequency of interactions is increased.

Greater exposure could indeed be the answer.

This has to start from young and not only when these individuals enter the workforce, at which point, acceptance could be even harder for everyone involved.

While several advocates say that from a policy perspective things have been moving rather slowly on this front in Singapore, we must acknowledge recent initiatives.

By 2019, the Compulsory Education Act will be extended to children with moderate to severe special needs.

Stronger support for people with disabilities has been announced in the third Enabling Masterplan and more is also being done to ensure barrier-free accessibility in existing and new buildings.

Of course, advocates would say even more needs to be done.

For instance, better teacher training, a greater effort to attract teachers to the special needs education sector and equipping mainstream schools with educational psychologists and therapists.

Mayflower Primary said some of the children have residual hearing, and although they are unable to hear clearly, they are still able to learn tempo and rhythm as they can feel the beat of the music. (Photo: Rachelle Lee)

Activists like Mr Aw have also called for anti-discrimination legislation to ensure, among other things, that those with disabilities are not unfairly denied employment in cases where their disability does not prevent them from delivering on the job.

There is a school of thought that such initiatives could shape mindsets towards true acceptance and inclusion.

However, they are not silver bullets.

Ground resistance to such initiatives could result in them amounting to nothing more than window dressing – something that people feel they have to tolerate rather than embrace.

Discussions about integrating students with special needs into mainstream schools often also involve a number of concerned parents who say they worry that teaching and learning would be disrupted or slowed down because of these children.

They worry that their own typically-developing children would lose out as a result.

They need to be given assurances that schools have the means to manage the situation so that every child can learn optimally, but on the other hand, would it be so bad if some things were temporarily compromised in the name of inclusion?

We need to start believing that education isn’t just about scoring As, it’s also about learning about differences, embracing them, empathising with each other, learning from each other and helping not just ourselves, but others achieve their full potential as well. Exposure to societal challenges could also help our children fixate less on their own and spur innovative problem-solving.

While the rest sing along to the songs, the six students with hearing loss sign the lyrics. (Photo: Rachelle Lee)

Surely the experience of getting to know someone who is different could make up for whatever their child may or may not lose out on academically.

Some experts believe these experiences could also strengthen the case for mixed academic ability classrooms.

Importantly, don’t let a person’s disabilities or differences prevent your kids from learning from them.

Exposure and interaction can teach those without disabilities that those with disabilities are able in many ways and we should not define them merely by their disability.

Let’s not complain about the possibility of our children’s academic progress being slowed down. Let’s instead consider how their education is enhanced by such inclusive initiatives.

This could also help us gain some valuable perspective on the unhealthy academic competition that has plagued our society.

No child should be deprived of the opportunity to achieve their potential and if your child can be part of the process of helping not just himself, but others achieve this, it should be seen as a privilege.

Hopefully, this will also mean that those like Mr Aw can soon safely step out of the shadows.