One of the notices which claim that the water is "heavily contaminated with poisonous substance". (Photo: PUB)

SINGAPORE: A 40-year-old woman has been arrested for her suspected involvement in putting up notices that claimed water sources were contaminated in Sengkang.

The police on Saturday (Feb 10) said that she was arrested under the Mental Health Act and that police investigations are ongoing.

The notice, pasted on doors of units at Block 406B Fernvale Road, read: "Our water source is heavily contaminated with poisonous substance. Please use mineral water for drinking and cooking."

Channel NewsAsia understands the woman is a resident of the block.

her language skills quite good

now you have to answer for this.hope you write a better script than this Nothing better to do... 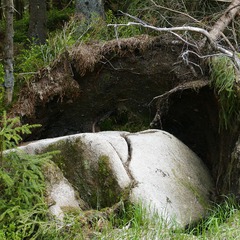 I think she is a vendor selling mineral water