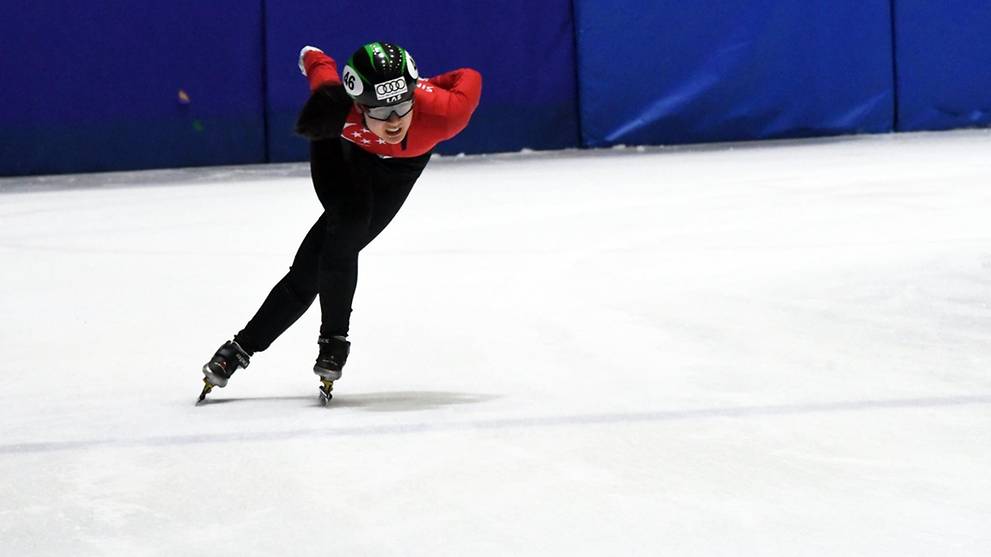 'I love racing to the line': Singapore's Cheyenne Goh all set for Pyeongchang competition

PYEONGCHANG: Singaporean speed skater Cheyenne Goh had her first training session on the Olympic ice rink in Pyeongchang on Sunday (Feb 11), a week before she makes her Winter Olympics debut when she competes in the short-track 1,500m race on Feb 17.

For the 18-year-old, competing on the world stage was not something she had imagined when she first picked up speed skating eight years ago.

“I was definitely not even expecting to qualify for the Olympics this year,” she said. “I only began to take the sport seriously when I joined Singapore’s national team two years ago," said Goh.

She is now getting used to being a trailblazer in Singapore’s ice skating scene.

Then in November 2017, she became the first Singaporean to qualify for the Winter Olympics.

START OF BIGGER THINGS TO COME?

Before arriving in Pyeongchang on Thursday, Goh spent a month training in Goyang, a city in the north of South Korea. Her coach is South Korean Chun Lee-kyung, a four-time Olympic champion who now trains Singapore’s national speed skating team.

Chun is optimistic that Goh’s participation in Pyeongchang 2018 will be the start of bigger things to come for Singapore.

“It’s a remarkable achievement that she became the first ever Winter Olympian for Singapore,” Chun said. “This could be a turning point for Cheyenne’s athletic career, and for Singapore’s junior skaters.”

Goh’s journey to Pyeongchang started at the age of four, when she moved with her parents to Leduc, Canada. Like most other girls in her neighbourhood, she played ice hockey at a community club outside of school.

But on ice, she was always a skater more than anything. “I’ve always been stronger as a skater than other things like puck handling or shooting,” she said.

The 2010 Vancouver Winter Olympics changed everything for Goh. She and her family were watching the speed skating competition when her father suggested that she tried the sport.

“I really liked the fast pace of it and competing head on with other skaters is fun,” Goh said. “I love racing to the line.”

It gets serious on Feb 17, when she lines up in a field that includes two-time Olympic champion Zhou Yang of China and world-record holder Choi Min-jeong of South Korea.

Asked if she feels the pressure, Goh said: “It’s alright. You try not to let that pressure get to you.”

Although she now speaks with a Canadian accent, she insists that Singapore remains the biggest part of her identity.

“I’m Singaporean, and it’s a big honour to be at the Games representing my country,” she said.