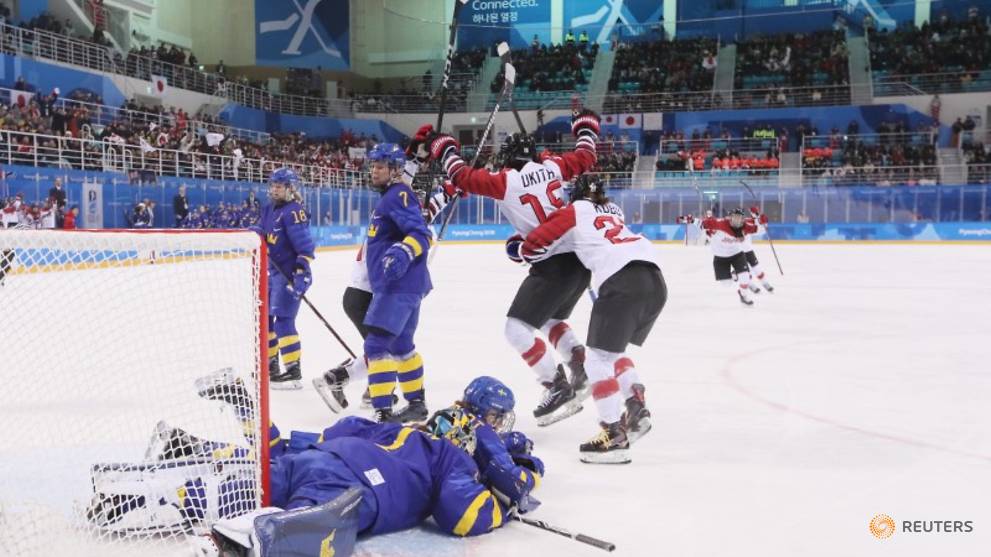 Japan's Ukita suspended for one game for kicking motion

GANGNEUNG, South Korea: Japanese Olympic women's hockey team forward Rui Ukita, who scored her team's goal in a 2-1 loss to Sweden on Saturday (Feb 10), has been suspended from the Olympic tournament for one game for making a kicking motion at a Swedish player, the International Ice Hockey Federation (IIHF) said on Sunday.

The incident occurred with less than a minute to play in Saturday's game, when Ukita was knocked to the ice in front of the Swedish bench during a battle for the puck with Sweden's Annie Svedin, the IIHF said on its website. Ukita then made a kicking motion at Svedin's lower body.

The IIHF's disciplinary panel determined the kicking motion was a clear leg movement made toward Svedin. The panel did not believe there was intent to injure but the action remains a rule violation subject to suspension.

As a result Ukita will miss Monday's preliminary-round game against Switzerland.

Ukita scored late in the second period in the tournament's opening game, tying the score at 1-1. Sweden got the winner early in the third period.