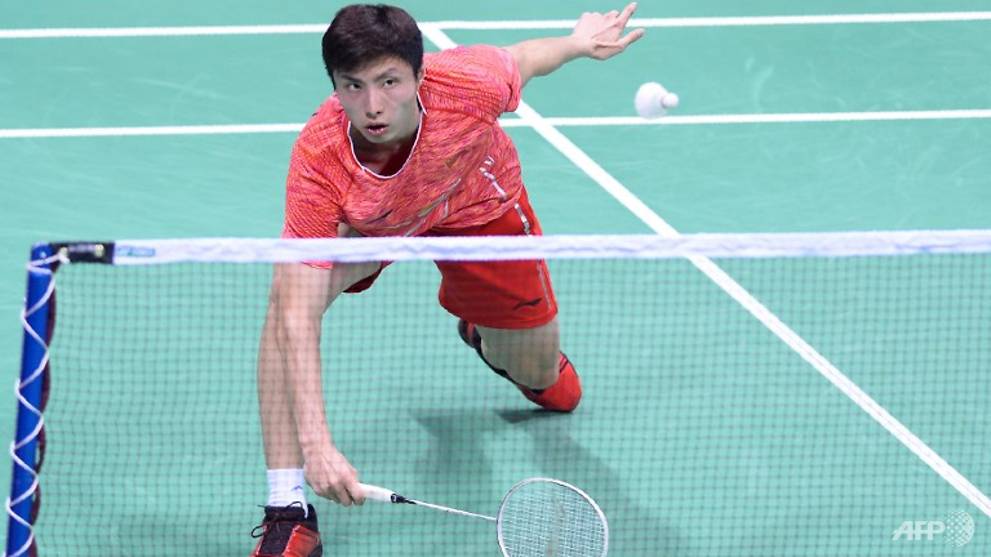 KUALA LUMPUR: Badminton powerhouse China stormed into the Asia Team Championship final where they will face Indonesia after they defeated Malaysia 3-1 in the semifinals on Saturday (Feb 10).

Since China and Malaysia qualified for the Thomas Cup Finals after their respective victories in the quarter finals on Friday, they rested their senior players and allowed their young shuttlers to gain some international exposure.

The Thomas Cup Finals is one the world's most prestigious badminton events in terms of player and fan interest.

The semi-finalists in this tournament automatically qualify for this year's Thomas Cup, to be held in Thailand's capital Bangkok in May.

World number two Lee Chong Wei of Malaysia did not play in the semi-finals as the team's goal in the tournament was to book a ticket for the Thomas Cup.

The veteran Lee was replaced by Lee Zii Jia.

But he found China's Shi Yuqi too strong, resulting in the world number seven winning 21-18, 21-9.

But China bounced back with vengeance when Qiao Bin crushed Soong Joo Ven 21-17, 21-8.

In the men's doubles Han Chengkai/Zhou Haodong confirmed China's berth in the final with a 21-15, 21-13 triumph over Ong Yew Sin/Teo Ee Yi.

Jonatan Christie gave Indonesia the lead when he upset the higher ranked Son Wan-Ho 21-18, 21-14 in the first men's singles.

The men's doubles pairing of Mohammad Ahsan/Angga Pratama doubled their advantage with a 21-10, 21-8 over Chung Eui-Seok/Seo Seung-Jae.

But South Korea launched a comeback. Jeon Hyeok-Jin reduced the deficit with a 21-17, 21-16 win over Ihsan Maulana Mustofa.

Choi Sol-Gyu/Kim Duk-Young then levelled the tie on aggregate with a 11-21, 21-18, 21-19 victory over Rian Agung Saputro/Hendra Setiawan.

In the women's event, Japan will take on defending champions China in the final.