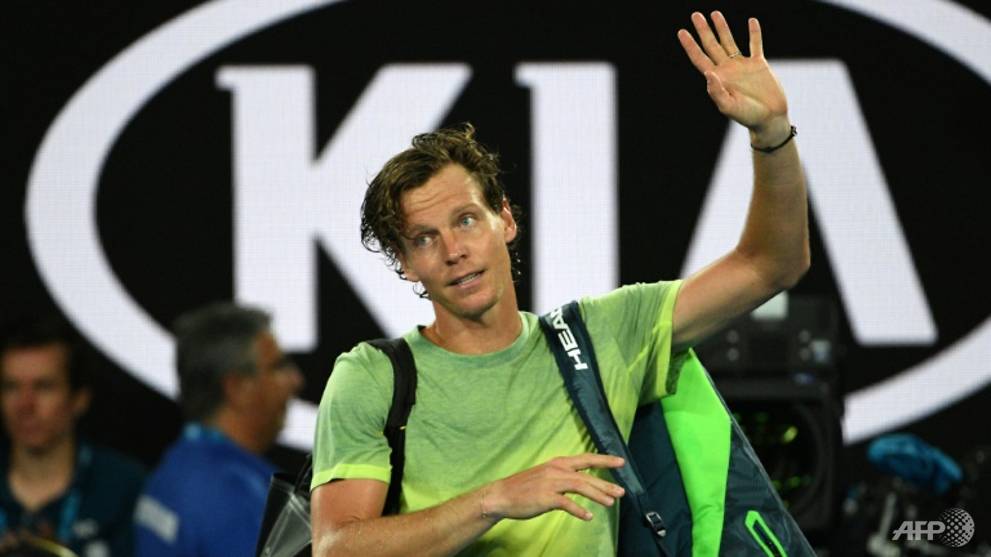 Tomas Berdych said Sunday he was quitting the Davis Cup after leading the Czech Republic to two consecutive wins in 2012 and 2013.

Prague - Tomas Berdych said Sunday he was quitting the Davis Cup after leading the Czech Republic to two consecutive wins in 2012 and 2013.

"One beautiful tennis era is over, I'm happy I was there and helped the Czech Republic win the Salad Bowl twice," the 32-year-old world number 16 said in a statement.

"I have played 29 Davis Cup ties for the Czech Republic since 2003, but at age 32 I cannot play nonstop without resting," added Berdych, who has won 13 ATP titles but no Grand Slam.

Berdych, who won 50 of his 67 Davis Cup rubbers, was an exception among top players who often shun the competition to focus on their individual careers. From 2003 to 2013, he only missed two ties.

His last Davis Cup encounter was a 3-2 first-round win in Germany in 2016.

Led by Berdych and Radek Stepanek, the Czechs won the Davis Cup in 2012 and 2013 and reached the semi-finals in 2014, compiling an impressive 11-tie winning streak on the way.

Relegated from the World Group after a first-round loss in Australia last year, the Czech Republic face Israel at home on April 6-7 in their next Davis Cup appearance.