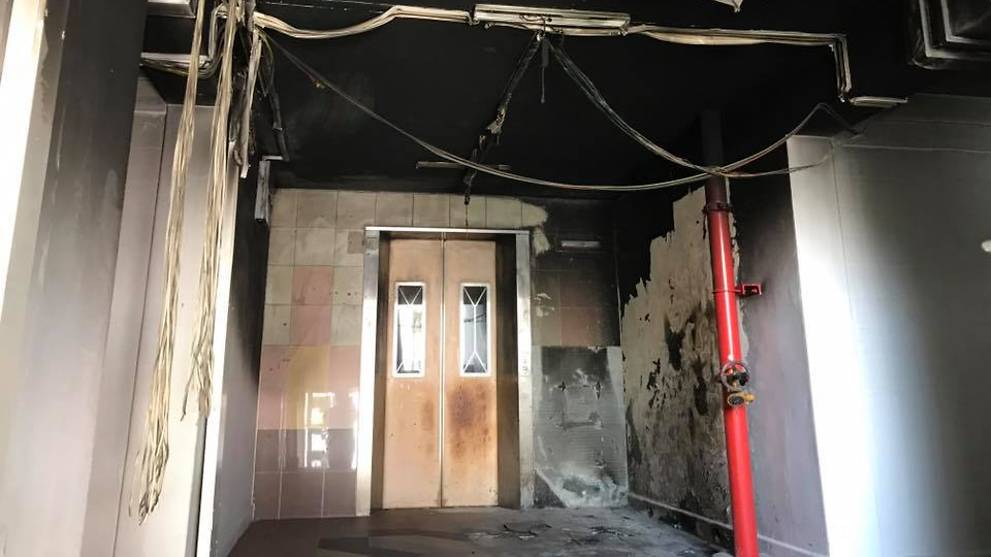 SINGAPORE: A 48-year-old woman was taken to Tan Tock Seng Hospital after a fire broke out at a lift landing in Toa Payoh on Monday morning (Feb 12).

The Singapore Civil Defence Force (SCDF) said it was alerted to the incident on the eighth floor of Block 5 Toa Payoh Lorong 7 at about 8.30am.

The fire, which involved "discarded items", was put out with a compressed air foam backpack, SCDF added.

Police said they are investigating this as a "case of mischief by fire".

The woman, whom Channel NewsAsia understands is a Toa Payoh resident, was taken conscious to hospital after complaining of breathlessness, authorities said. Another woman, who is in her 70s, did not want to be taken to hospital, they added.

It’s a very old block maybe 30 years old or more, mostly elderly people and should be safe in the event fire