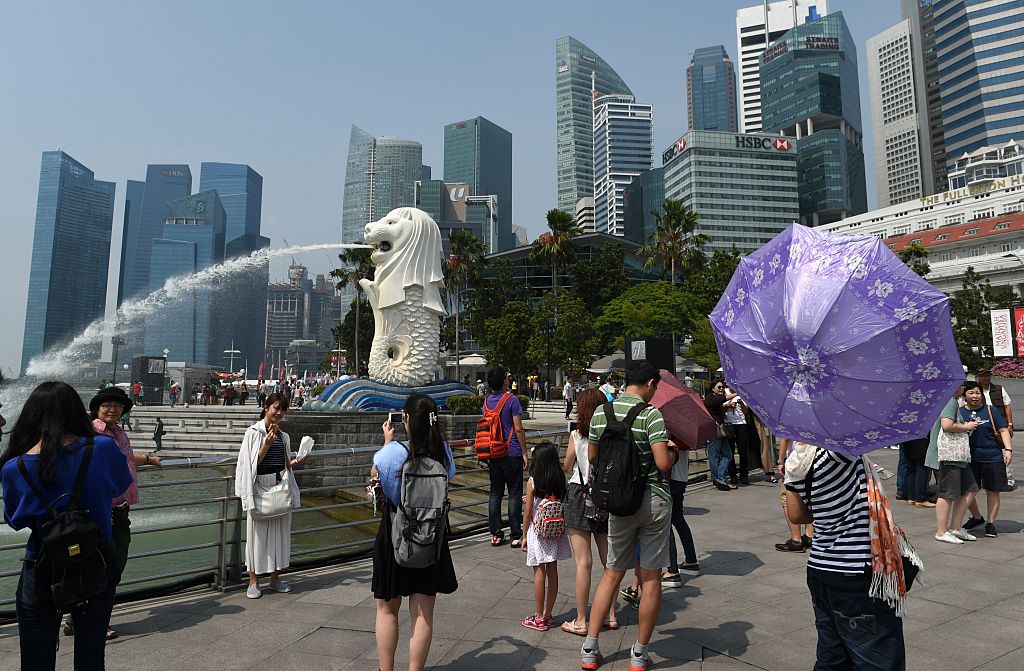 Step aside, Indonesians — Chinese tourists have now overtaken you to occupy the number one spot in terms of absolute number of visitors to Singapore, and by a mile in terms of spending.

We learned this courtesy of the Singapore Tourism Board (STB), which shared its round-up numbers for tourism in its 2017 year-in-review on Monday morning (Feb 12).

It was a good 2017 for STB, with tourism receipts (S$26.8 billion) and visitor arrivals (17.4 million) achieving record highs for the second time in two years.

And the highest number of tourists arriving in Singapore, for the first time, now belongs to China, with the bulk of the growth coming from China (+13 per cent) and India (+16 per cent).

To put things in context, the top three largest markets for visitor arrivals were China, Indonesia and India.

Chinese tourists to Singapore in 2017 crossed the 3 million mark for the first time, at 3.23 million.

In terms of the money tourists spent in Singapore, the Chinese spent more than 1.5 times more than their nearest competitor, the Indonesians.

The Chinese spent the most on shopping, followed by accommodation and food and beverage.

The gap between visitor arrivals between the Chinese and the Indonesians is closer though — Singapore hosted 3.2 million Chinese tourists and 2.9 million Indonesian tourists last year.

Even more Chinese tourists in future

To put the numbers in context, the Chinese tier 1 cities have roughly the same number of visitors as India.

Another number to compare: Chinese tier 2 cities have more visitors than Japan (793,000), which is Singapore’s bumber 6 market in terms of visitor volume.

With such good numbers from the Chinese, STB continues to invest in China tier 2 cities, including the launch of online training portal for Chinese trade agents.

STB has started its digital partnership with Tencent to promote Singapore as a destination of choice for Chinese travellers.

It will also collaborate with Alipay.

YA I CAN FEEL THAT.EVERYWHERE I GO EVERY CORNER I TURN THERE ARE CHINA PPL AROUND.