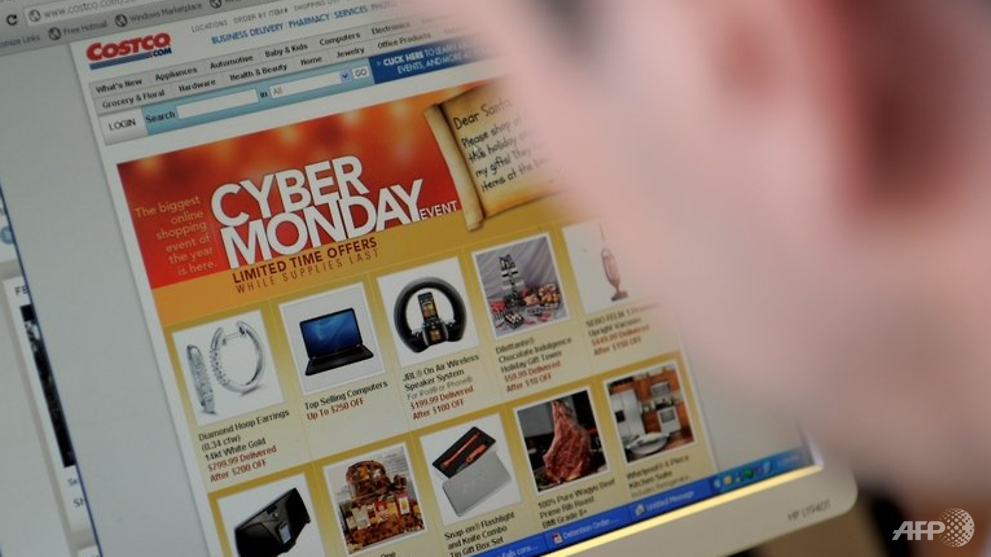 Where e-commerce is a likely target in the bid to raise tax revenues, two PwC tax experts discusses what this means for the Government, businesses and consumers.

SINGAPORE: They say in space, no one can hear you scream. That is unless of course you’re a Singaporean consumer who may soon have to pay GST on your digital purchases.

There has not been as much attention as we have seen in recent weeks on the topic of GST since 2007 when the rate increased from 5 per cent to 7 per cent.

In the last decade or so since, the GST rate has remained unchanged despite the chatter on a rate hike that comes up from time to time.

Finance Minister Heng Swee Keat’s comments in Budget 2017 to “raise revenues through new taxes or raise tax rates” and a comment from Prime Minister Lee Hsien Loong during his speech at the PAP convention in November 2017 “that raising taxes is not a matter of whether but when", has led to wide speculation that an increase in the GST rate could be announced on Feb 19 when the Budget 2018 statement is delivered.

The speculation has been further fueled by a subsequent comment from Senior Minister of State for Finance Indranee Rajah that “we’re still working on the when”.

While a rate hike for GST has always been a possibility given Singapore’s relatively low rate of 7 per cent, what is more certain is that measures would be introduced to expand the tax net such that transactions which are currently not subject to GST will come within scope.

Given that our GST currently applies to virtually (excuse the pun) all goods and services but not if the same goods and services are digital in nature, it is no wonder that the Finance Minister had raised the matter of taxing the digital economy in Budget 2017.

Senior Minister of State for Finance Indranee has since named e-commerce as an area that would allow Singapore to diversify its tax base to fund the growing spending on healthcare, infrastructure and other social services.

The method of taxation is expected to be by way of a reverse charge regime for business-to-business transactions and the taxing of digital business-to-consumer supplies and low-value imports of goods purchased by consumers.

What would be of particular interest to the man on the street is the latter.

So what does the taxing of digital supplies and low-value imports mean, and how does it affect the regular Singaporean?

The taxing of e-commerce and digital supplies is a complex area as traditional tax rules were not written with the digital economy in mind. GST or VAT, as a consumption tax, seeks to levy tax in the jurisdiction where final consumption occurs.

However, in the virtual world, the existing taxation principles for consumption are found to be wanting and have often resulted in the non-collection of GST or VAT on e-commerce transactions.

The non-taxation of GST or VAT for the supplies of goods and services by overseas vendors to consumers is hence an issue for governments who have lamented a loss of tax revenue and that is an uneven playing field between foreign suppliers and domestic suppliers from a tax collection perspective.

Bolstered by the efforts of the Organisation for Economic Cooperation and Development (OECD), there have been significant international responses around the world, with Norway ahead of the curve when it introduced rules in 2011 to address the taxing of electronic supplies.

A growing list of countries, including countries in the region such as Japan, South Korea, New Zealand and Australia, have taken steps to introduce changes in the recent few years to ensure the appropriate taxing of e-commerce transactions.

The model that most jurisdictions have adopted is the registration of overseas vendors or intermediaries (such as electronic platforms and parcel forwarding companies) for GST or VAT such that they are required to charge and account for GST on digital services (e.g. music, software subscriptions, e-books) that are sold to local consumers.

While one may argue that such rules create enforcement issues for the tax administrations, we should keep in mind that many authorities have exchange of information arrangements that would enable the sharing of information to counter any possible tax evasion.

As for the taxing of goods purchased from overseas vendors, therein lies a different set of challenges.

While import GST or VAT is levied upon the import of goods into the country, most countries have a de minimis threshold for non-dutiable goods to be brought into the country with no requirement to pay the tax.

For example, postal imports of non-dutiable goods with a value of not more than S$400 are granted GST relief. Such imports, referred to as low-value imports, are not taxed so that customs authorities are not besieged with voluminous low value transactions where the tax collection efforts cost more than the tax collected.

To date, there have not been many jurisdictions, if any, which have successfully introduced a collection mechanism to tax low-value imports - with Australia expected to be the first to introduce this with effect from Jul 1 this year.

END OF GST-FREE PURCHASES IN SINGAPORE?

There is never a good time to raise taxes or talk about raising taxes. Yet, we have to acknowledge that Singapore’s spending on healthcare, education and infrastructure has grown significantly over the last ten years with no increase in the GST rate.

While an increase in the rate may be on the cards, expanding the scope of GST to cover e-commerce transactions provides a sustainable avenue to raise government revenue.

This is especially the case for Asia-Pacific countries, which make up nearly half of the world’s digital population and whose e-commerce sales are expected to double and reach US$3 trillion (S$3.98 trillion) by 2021, according to reports by eMarketer.

As for Singapore, market research company Statista forecasts that the e-commerce market would reach US$3.8 billion in 2018 and this figure will undoubtedly continue to grow.

It is no secret that the Inland Revenue Authority of Singapore (IRAS) has reached out to a number of businesses and industry associations for consultation and feedback on the proposed collection models following the Finance Minister’s comment in Budget 2017 on the possibility of a tax on e-commerce.

What observers would be keen to know in the upcoming Budget is when the changes will be introduced and the lead time before the rules kick in.

For the ordinary man in Singapore, this would mean an end of the GST savings that could have otherwise been enjoyed from purchasing from an overseas vendor.

No doubt Budget 2018 will mark a significant milestone for the Singapore GST regime as it moves into the virtual world.

Koh Soo How is the Asia Pacific Indirect Tax leader and Rushan Lee is senior manager of Indirect Tax at PwC Singapore.