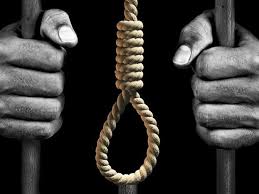 He had crossed the Causeway into the country with drugs in his motorcycle, and for that the High Court sentenced him to death.

However, Gopu Jaya then took the decision to the apex court, where he contested the judgement for not giving “due weight to evidence” showing that he did not know about the drugs.

In a rare 2-1 decision on Monday (12 Feb), the judgement was reversed and Gopu was acquitted.

On 24 Mar 2014, he had tried to enter Singapore with three black bundles of the drug diamorphine hidden in the motorcycle fender.

When he was caught, he said he did not know of the drug’s existence, and that the motorcycle was not his.

The man who helped him borrow the motorcycle called Gopu and told him to call back when he entered Singapore.

He then suspected the motorcycle carried drugs, but checked the compartment which had druge the previous two times he entered Singapore. The man had threatened Gopu with hurting his family if he did not traffick drugs on those occasions, even though Gopu tried to pay back the loan of RM4,000.

When the authorities found the drugs, they had Gopu help them to nab the others in the drug ring, but no one turned up.

Authorities had monitored his conversation with the man who helped him get the motorcycle, and told him to send a message indicating he had no knowledge of the drugs.

In the apex court judgement, two judges found that the High Court had not considered what the man said in reply during the monitored conversation concerning Gopu’s allegations he did not know about the drugs.

The man responded, “Forgive me. Bring the motorcycle back to Malaysia.”

The two judges also found that Gopu would have missed the drugs if he had checked, due to the bundles’ “size and dark colour”.

The one judge that did not agree said that Gopu had admitted to trafficking drugs twice before, and that he was not convinced by Gopu’s reasons for entering Singapore or how he came to possess the motorcycle.