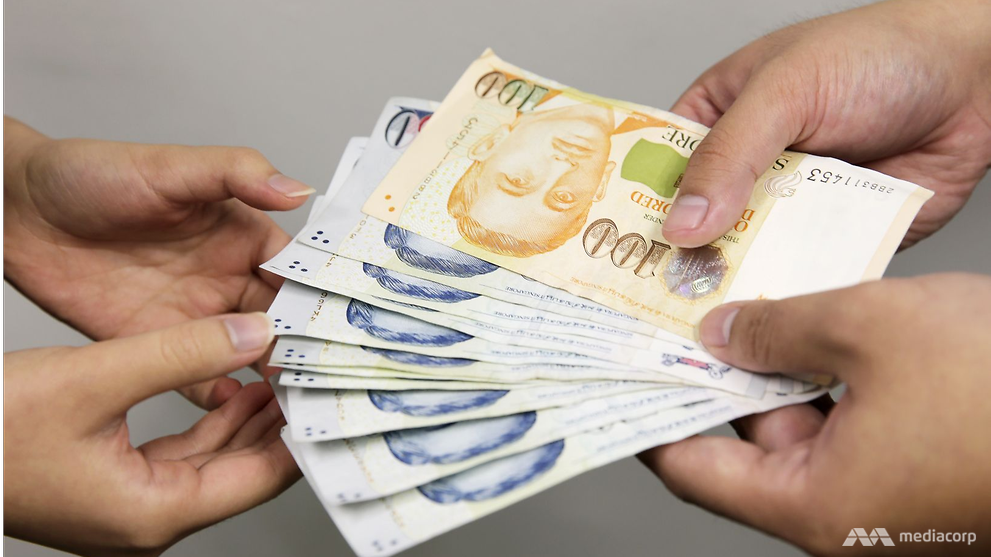 On Monday, authorities received a report about a Feb 10 incident in which two of the fake notes were used at a convenience store along Choa Chu Kang Street 51.

Officers from the Commercial Affairs Department arrested the suspect along Choa Chu Kang Street 51 at 5pm that same day. They also seized a printer, a laptop and several pieces of suspected counterfeit S$50 and S$100 notes.

The man is believed to be involved in a similar case on Feb 11, according to the police.

Authorities said the counterfeit S$50 and S$100 notes were likely photocopied reproductions, which lacked security features such as the watermark.

The simulated security features such as the kinegram and security thread were "distinctively different from those on genuine notes", and the surface also lacked the embossed feel, they added.

If found guilty, he faces a jail term of up to 20 years and a fine.

Police advised anyone who suspects that the currency notes given to them are fake to adopt measures such as delaying the presenter and calling "999" immediately. They should also note details about the presenter such as their gender, age, build, attire and language or dialect spoken and take note of their vehicle registration number, if any.

They are also advised to place the suspected notes in a protective covering like an envelope to prevent tampering.