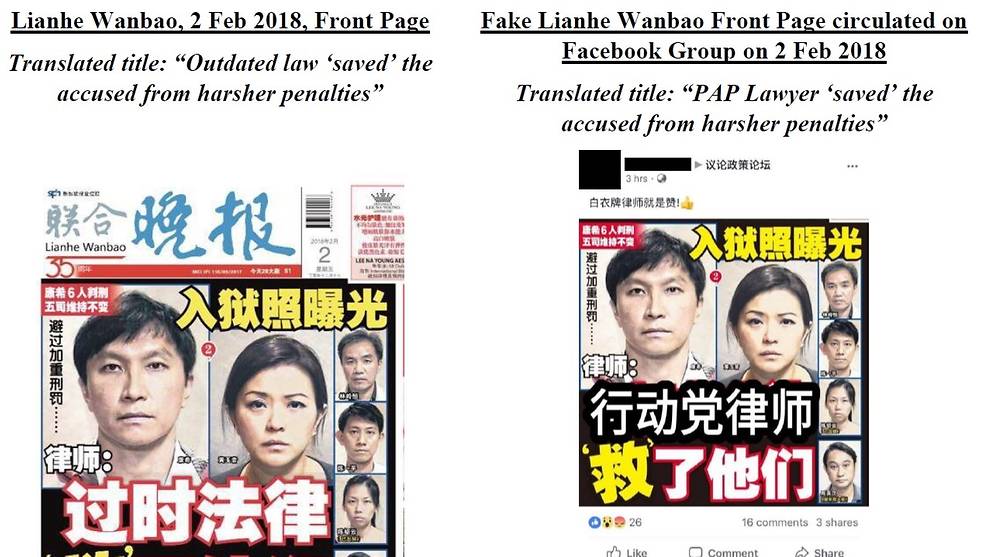 Administrators of Facebook groups, or any other similar online platforms, are also responsible for the content published on their platforms, said the Attorney-General's Chambers.

SINGAPORE: Administrators for a Facebook group that published a post containing a news report with a doctored headline about the City Harvest case have apologised, the Attorney-General's Chambers (AGC) said on Tuesday (Feb 13).

Mr Neo had earlier published an apology for his post. The original post, published on the group's page on Feb 2, had made reference to the widely publicised decision of the Court of Appeal ruling in favour of the accused people involved with City Harvest Church.

Administrators of Facebook groups, or any other similar online platforms, are also responsible for the content published on their platforms, AGC said.

"They are not immune from liability even though they are not the authors of the offending content," added AGC.

The five administrators of the Facebook group had thereby committed contempt of court, AGC noted.