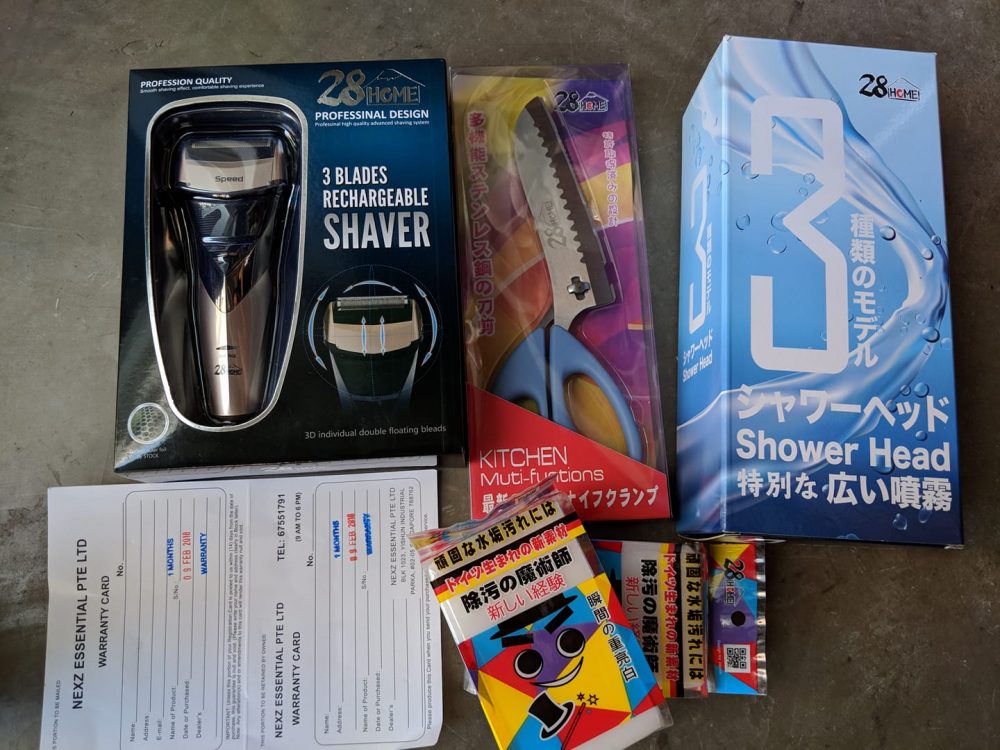 You may have heard by now about a weird goodie bag sales “scam” that’s been going around heartland neighbourhoods, run by a company claiming to be from Hong Kong.

Some of their tactics include dangling “freebies”, chatting up the (mostly senior) crowd with slick and witty banter in Cantonese, before making a bizarre sales pitch. The story usually ends with a horde of buyers paying a good $100 for a bag containing various household items they realise on hindsight that they don’t really need.

But we use the term “scam” in inverted commas here because that’s the whole problem with this: it’s not a scam. It’s perfectly legitimate and legal.

Concerned Singaporeans are growing increasingly aware of such sales activities, such as Cai Yinzhou, and co-founder of the , movements.

He took to Facebook with a post that triggered a discussion among his friends about the legality and ethics of how the company was doing business:

Speaking to Mothership, Cai recounted the experience of one of the residents he knew at Cassia Crescent who fell victim to the company’s sales tactics.

He first learned about it when she asked him if he would like to buy a shaver from her for $50, and went on to discover she had bought this and several other items she recognises she didn’t need.

All this despite him saying she was the last person he would have worried would fall for tricky marketing methods.

Fear of missing out

Although she didn’t buy into their initial bait of the free dishwashing sponges, she developed a sudden fear of missing out on a good deal when everyone else started whipping out $100 and waving it in the air.

And so, she ended up with these:

Above all, Cai worries the situation will have to escalate to the likes of Jover Chew’s, for example, before any authoritative action is taken.

So if it sounds so dangerous — especially because it really seems to be directly targeting elderly and vulnerable consumers — why is it still legal? Is there nothing anyone can do about it?

Cai also tagged Lim Biow Chuan, president of the Consumer Association of Singapore (CASE) in his post, asking if there was nothing that could be done on the part of the authorities to stop unethical practices like this.

And later on expanded it further when we approached him for more. Here’s a summary of his explanation:

1. Why CASE can’t do anything about it right now

To begin with, Lim says he doesn’t know exactly how the sales pitch was done or what is said to the residents.

There needs to be evidence that the items are not worth $400, and also that the salespeople promised clearly that they were valued at that sum, before it can be established as an actual scam.

The reason a person buys a product is besides the point here — including whether or not it turns out to be useful to them, unfortunately.

If evidence is provided to show the exact details of the sales tactics used by this company, Lim says he’ll be happy to get CASE to investigate if they breach the Consumer Protection Fair Trading Act.

Lim points out that the truth is, it’s really not difficult to “value” something — they could easily list a shaver at $300 online and then claim it is worth that amount, and they wouldn’t be wrong.

It can also be likened to companies that sell a product at a “discount” from a larger recommended retail price. What, he asks, is the actual value of the product?

The value of a product to a person varies, too, between consumers — hence the willingness of a person to pay $8 for a cup of Starbucks as opposed to someone else only willing to pay 80 cents for their kopi.

So at the end of the day, what needs to be done is education for vulnerable elderly, he says. Until precise details of the company’s sales tactics are available for CASE to investigate, that is.

Here’s his explanation to us in full:

“Let me clarify that I was responding to YinZhou’s FB post and his assertion that it is a “scam”. When he said it is a scam, the insinuation is that there is some form of fraud involved or that the seniors were cheated. His post also asked for the views of CASE.

I have not witnessed the exact sale pitch of the salesmen and do not know exactly what was said to the residents. If the allegations go into the value of the items being less than $400/-, we need to know what was said exactly by the salesmen. Was there an express promise that the items would be of the value of at least $400/-. If they had made such a promise, we then need evidence that those items are not worth $400/-. The fact that the items are not really that useful or that the items do not look as if they are worth $400/- is insufficient to establish that there is a scam. For example – it is quite easy for any salesman to put up an advertin the internet that he is selling a particular shaver at $300/-. He can then claim that the shaver is worth at least $300/-.

Many companies advertise that the recommended retail price of a product is $XXXX but they are selling the product at a discount of $YYYY. What then is the actual value of the product?

It is also not enough to say that “(she thought her husband could use but he doesn’t shave); (she didn’t know she needed a new one either); (ambiguously useful except she doesn’t cook)”. The reason why a consumer buys a product is not relevant in a sale because that reason is only known to the consumer.

In every marketing or sales pitch, the salesman tries to persuade the audience that their product is worth buying and the consumer should make the decision to purchase the product as soon as possible. Whether the exact products are worth a certain value differs from consumer to consumer based on their perception.

My advise is that consumers especially elderly residents must exercise caution in making impulsive purchases. They should not buy things which they don’t need; they should not worry that they would miss out on a good deal. The family members can also do their part by advising their elderly parents not to enter into impulsive purchases especially if it is of high value.

If there are details of the exact “dubious sales tactics” used on the elderly residents, I would be happy to ask CASE to investigate whether there is any breach of the Consumer Protection Fair Trading Act.”

Once I did told a elderly is a scammed. They don't believes... Now what happens....

not a scam, so who pockets the money. just an honest marketing act. 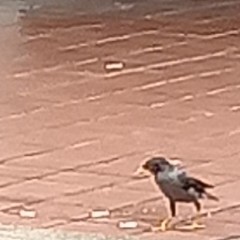 CASE still not in correct concept. it is their responsibility to ensure this kind of unethic tactic not used in Singapore elderly market