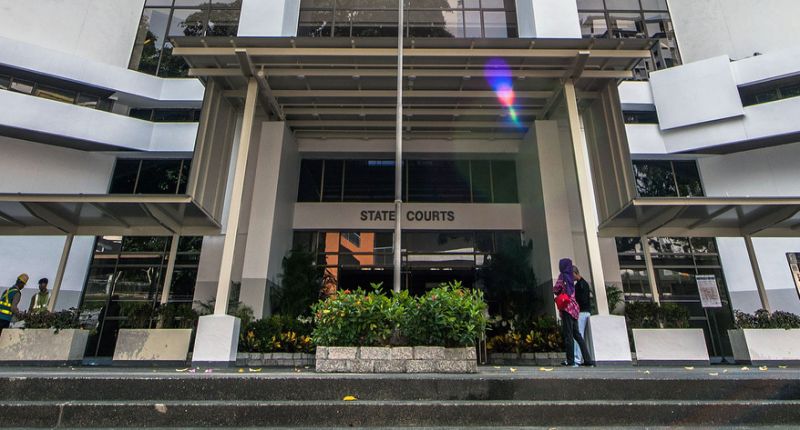 He committed 12 separate theft offences over a period of about two years, stealing items such as groceries, a bluetooth speaker, and even the floor lamp of a hotel. While in remand, he was taken to hospital where he also assaulted a nurse.

For his actions, 41-year-old James Royston Woodworth, a Singaporean, was jailed a total of 15 months and 15 weeks at the State Courts on Thursday (15 February) after pleading guilty to six charges: four counts of theft in dwelling, one count of causing hurt and one count of drug consumption.

Eight other theft charges were taken into consideration during his sentencing.

The court heard that between January to November 2016, Woodworth shoplifted at Mustafa Centre and Giant Hypermarket at Suntec City, taking items such as a bluetooth speaker valued at around $455, and groceries amounting to a total of $188.

While out on court bail, he also stole a floor lamp valued at $3,180 from the JW Marriot Hotel, telling a cleaner that it belonged to him. The floor lamp has not been recovered.

On 18 July 2017, Woodworth was arrested for arrested for public nuisance. When police discovered that a warrant of arrest was issued against him, he was charged and remanded in prison.

Woodworth later told the police that he was not feeling well and was warded at Tan Tock Seng Hospital on 20 July.

While there, he asked a prison officer to shift his leg restraint from his left leg over to the right one because he felt uncomfortable.

Before he could be properly restrained once again, Woodworth got out of the bed, grabbed a nurse and placed her neck in an arm lock. He shouted at the people in the room, saying that they had not allowed him to shower. A doctor reasoned with him and Woodworth released his grip on the nurse.

Referring to the assault incident in the hospital, Poh said the nurse’s injuries were not serious but the manner in which she was assaulted was serious because she was a public health worker going about her duties. The nurse was also “traumatised” after the incident, said Poh.

Woodworth’s lawyer Nakoorsha Abdul Kadir, who was assigned under the Criminal Legal Aid Scheme, said his client suffers from a bipolar condition which caused him to exhibit increased disinhibition, risk-taking and poor judgement.

Nakoorsha conceded, however, that it was not possible to establish a causal link between Woodworth’s condition and his offences.

Seeking a term of 12 months and eight weeks’ jail, Nakoorsha added that Woodworth was HIV positive and asked District Judge Diana Ho show mercy in dealing with him.

Noting Woodworth’s numerous offences, DJ Ho imposed a sentence of 15 months 15 weeks, backdating the jail term to 7 August 2017 when he was first remanded.