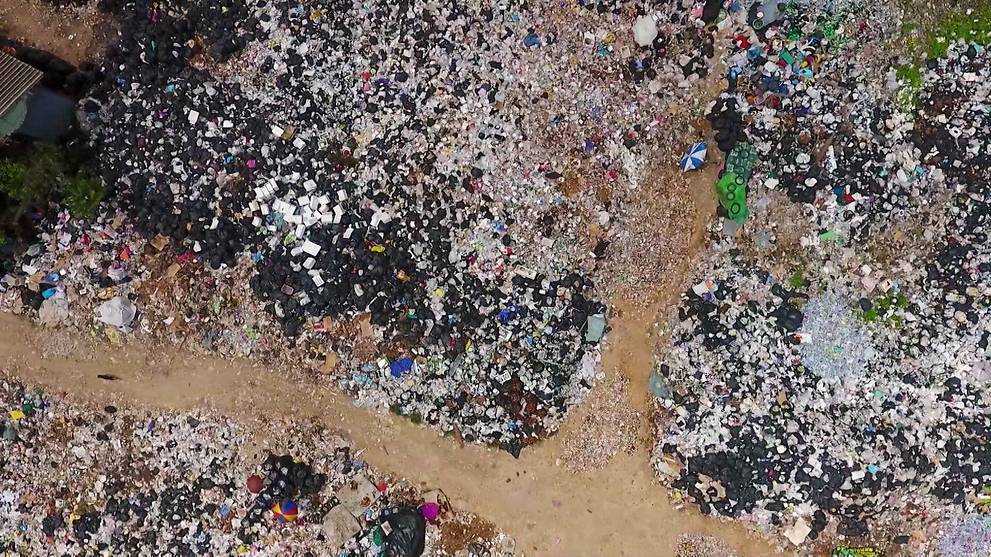 Expensive tunnels and facilities are being built to tackle mounting waste and help carve out a greener future. But current habits on the ground could end up costing the nation dear.

SINGAPORE: Deep below the surface, deeper than any MRT line, work has begun on a mega project that – within a decade from now – will carry whatever you flush down the toilet if you are in the western half of the island.

The 100km of tunnels and link sewers being built will then take all their contents to Tuas – where every effort will be made to give sewage a new lease of life, including turning it into energy.

This S$6.5-billion second phase of the Deep Tunnel Sewerage System (DTSS) is part of Singapore’s new, holistic approach to ensuring that waste does not go to waste. (It comes after a similar sewerage superhighway to serve the eastern half of Singapore was completed in 2008.)

And with the start of construction last November, the work to reach a turning point in Singapore’s waste management strategy is now in full swing.

The DTSS joins two other projects in the works: The Integrated Waste Management Facility (IWMF) and the Tuas Water Reclamation Plant (TWRP), which for the first time, will see two such facilities co-located on the same site.

Another view of the site in Tuas. (Drone image: PUB)

This trifecta of projects will be wholly completed in 2027.

But much has already gone on behind the scenes, especially to make the co-located Tuas facility the centrepiece of an innovative and greener waste disposal system.

The S$3-billion IWMF, a solid-waste management facility, will sort household recyclables, treat food waste as well as incinerate trash and sludge – a by-product of treating used water – all on a single site.

This will get more bang for the buck and break new ground for Singapore, as the processing of these various waste streams has been done in separate locations until now.

Tests on the technology to be installed in the Tuas plant are now being conducted, such as the mixing of food waste with sludge from used water to increase energy production.

How food waste is turned into energy,

This requires machines called digesters, which process the organic matter in used water sludge and food waste, breaking it down into biogas and carbon dioxide.

The biogas is then used to generate electricity on site, with the excess power sent to the national energy grid.

Sludge collected from sewage treatment has long been processed in this way, for example at the Changi Water Reclamation Plant.

But it was only recently – after years of rising food wastage but a stagnant recycling rate – that food waste has been turned into fuel prior to incineration.

Singapore’s first co-digestion test facility, in Ulu Pandan Water Reclamation Plant, was completed just over a year ago, and is processing a few tonnes of food waste a day.

“The fat, oil, grease, carbohydrates and proteins that are in the food waste, when combined with the used water sludge, will help to generate more biogas,” explained the PUB plant’s general manager Kelvin Koh.

“(Testing) such a full-scale application will help us to gain operational experience, identify potential gaps as well as ... build up to a full-fledged facility, in the future, at Tuas," he added.

He was speaking on Channel NewsAsia’s two-part special Looking Ahead, which examines how Singapore’s mega infrastructure projects are positioning the nation for the future. (Watch the episode here.)

With a solid-waste and a used-water facility on the same site, sludge and food waste will be easily available to make biogas. But that will not be the site’s only energy capability.

Like the four existing incineration plants, in the process of incinerating waste, the facility will produce electricity to run its operations, for long-term sustainability. Its incineration capacity will be sufficient to power 300,000 four-room Housing and Development Board flats.

In comparison with that, the 1,600 megawatt hour produced each day by the Tuas South Incineration Plant – which is Singapore’s largest waste-to-energy plant now – is enough to power 125,000 four-room HDB flats, about the area of Ang Mo Kio estate.

The co-location of facilities will ensure energy efficiency too.

“The processing of multiple waste streams at the IWMF and the co-location with the TWRP will enable the two facilities to maximise energy and resource recovery, and optimise land,” said IWMF project director Joseph Boey, from the National Environment Agency.

“The co-location has marked a new chapter. For future projects, we’ll continue to explore such set-ups, look into more synergies and attain even greater environment sustainability.”

Planning for the future is not only about energy, but also about land use.

For example, to keep water reclamation compact in Tuas, relevant technology is being monitored at another test facility in the Ulu Pandan Water Reclamation Plant, while helping with Singapore’s long-term water demands.

In conventional water reclamation, dirty water passes through a settling tank followed by a microfiltration system. But that process can be combined using a membrane bioreactor.

“In that sense, we’re able to save space and have a more efficient footprint of our plant,” said PUB senior engineer Anne Marie Ang. She added that the membrane tank has been able to yield water of “clearer quality”.

This puts the Tuas Water Reclamation Plant, a key component of the DTSS, on course to have the largest membrane bioreactor facility in the world.

The space saved with such investments in waste management will also go beyond the walls of the Tuas compound.

Once the second phase of the DTSS is in place – with tunnels built to last 100 years – the water reclamation plants in Ulu Pandan and Jurong will be phased out progressively.

As the tunnel system is being constructed at a gradient, the used water will be carried to the Tuas plant by gravity – without the need for intermediate pumping stations. These, too, will be demolished.

The entire DTSS will halve the area taken up by used-water infrastructure, from 300 hectares in the 1990s to 150 ha in the long term. This land freed up for higher-value development is equivalent to about 214 football fields.

The roads are another space where efforts in waste management will make more of a difference, with the pneumatic waste conveyance system.

This automated system uses vacuum suction in an underground pipe network to collect household waste from multiple apartment blocks and deposit the waste in a bin centre.

With a central collection site, waste disposal lorries will not have to go from block to block. This will help to reduce traffic in housing areas, among other improvements to liveability, while residents can dispose of their rubbish as usual.

More than 100 private residential developments have become early adopters. And from April, installation of the system will be mandatory for new non-landed private developments with at least 500 homes.

Meanwhile, the HDB is implementing it in new developments where possible, including Tampines North, Punggol, Bidadari and Sengkang. The authority is also studying the pilot test of the system in Yuhua, before deciding on its feasibility for other existing estates.

Ease of transport is already a consideration elsewhere in the waste management loop.

At the Changi Water Reclamation Plant, after energy is extracted from sludge, the remainder is dried to reduce its volume and weight before it is incinerated in the western part of Singapore, and the ash taken to the Pulau Semakau landfill.

“We have about 13 trucks a day come to Changi to remove dewatered and dried sludge to our incineration plants. Without (the sludge dryers), we’d need 30 trucks a day,” said the PUB plant’s general manager Low Pei Chin.'

A CALL FOR CHANGE

One problem that is getting bigger, however, is the amount of wastage in Singapore: In 2016 alone, enough rubbish to fill 15,000 Olympic-sized swimming pools. This includes everything from the junk tossed out of homes to construction debris.

“It’s an urgent issue,” said Ministry of the Environment and Water Resources director (Environmental Policy Division) Ng Chun Pin. “So it’s very important for us to push (for) a strong national consciousness among Singaporeans, towards zero waste.”

The overall recycling rate is 61 per cent. This includes industrial and commercial waste. But households are not doing enough.

“The domestic household recycling rate hasn’t improved for many years, hovering at about 21 per cent in the last decade. To put it simply, our recycling habits haven’t kept up with purchasing habits,” said Mr Ng.

“We change our clothes, laptops and mobile phones – and much more frequently, with little or no recycling. We don’t reuse, we don’t repair, and many of these items, unused (and) brand new, end up prematurely in our incinerators.”

Without a change in habits, there will be consequences. At the current rate, a new incineration plant would be needed every seven to 10 years to keep up with the increase in solid waste.

And that is not the investment Mr Ng hopes Singapore will have to make. He said: “We’d rather build HDB flats, hospitals and schools for Singaporeans, not expensive landfills and incinerators.”

Watch this episode of Looking Ahead here.