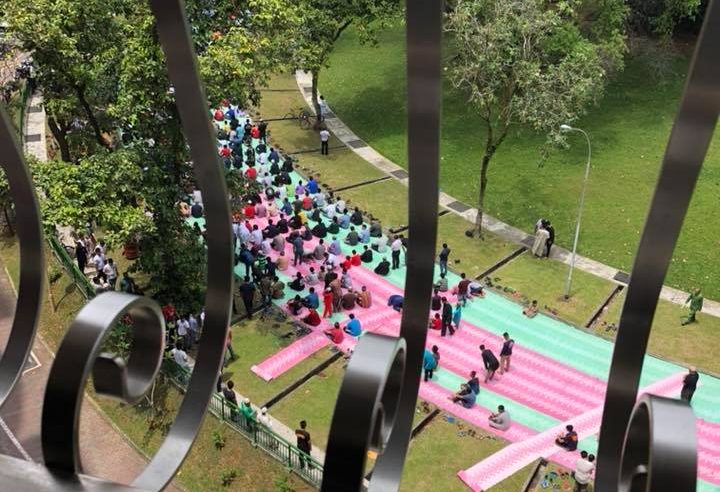 We all know this, and often take it for granted: Singapore can be a unicorn in a world filled with instability.

And sometimes, reminders of this from the authorities can get a bit grating and propagandistic.

But once in a while, it takes an authentic experience from a newcomer to our country to truly hit home.

Take that of Jon Paul Dante, for instance.

He’s an American from Boston who has since May 2013 been the Section Principal Trumpet .

According to his website, he also teaches at the Yong Siew Toh Conservatory of Music.

Dante took to Facebook on Friday, Feb. 16, the first day of the Lunar New Year, with a reflective post and a powerful photo of a group of Muslims carrying out their Friday afternoon prayers.

Based on geotags we looked at on Instagram, it appears to be taken near the Darul Makmur Mosque in Yishun.

According to Dante’s description, these folks were praying below “apartments where joyous Chinese New Year celebrations are taking place throughout Singapore”.

And this is a common sight — frequently, especially in the vicinity of mosques, one will find folks spilling out to the outside area to participate in Friday prayers, even in town:

But as we said, sometimes, it takes an outsider’s perspective to show us the things that really matter.

Once again, I have conflicting emotions of humility and immense gratitude for where I am so lucky to be living in the world right now, versus a deep feeling of disgust and heartbreak for the country from which I am from.

After all, America is supposed to be a country of immigrants; multiracial and multicultural where everyone is living in harmony.

America is supposed to support freedom of religion.

America is supposed to be the place where, with hard work, you can make your dreams come true.

America is supposed to be the place where mutual respect and compassion for one another is fundamental.

America is where anyone from anywhere is supposed to feel safe.

America is where I grew up being taught to love my brothers and sisters regardless of race, color or Creed.

America was where I was taught to say ‘please’ & ‘thank you’

America was a place where people held doors for one another, and young people were taught to respect their elders.

Sadly, it doesn’t appear to be any of these things anymore.

But yet, here I am in Singapore, exactly half a world away from America, experiencing all of these things on a daily basis. Everyday, Singapore is putting on a racial & religious integration masterclass for the whole world to see.

Singapore. A country only 446 square miles (1/4 the size of Rhode Island) with nearly 6 million people of all ethnicities and religions living and working peacefully side by side. And with zero gun and drug crime due to zero tolerance enforcement policies and mandatory death penalties for first offenders.

In Singapore, a place that I ended up living in nearly completely by accident, I am honestly living my dreams, both on and offstage.

I believe I may be the luckiest man on earth.

Naise. And thank you, Jon. 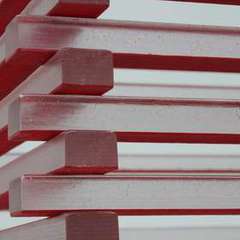 ppl this american ang mo is praising one of the racial harmonies he witnessed in Singapore....in comparison to where he came from. I can understand the FT issues but there is a bigger picture to it. So lets read his content....n not reflect negativity in this instance. Azman...I don't know your English comprehension level but I believe it's low...hence you commented ang mo to myob.

scares people to know some are so devoted. imam instill the right teachings yo..

YES WE LOVE OUR OWN PPL.CHINESE MALAY INDIAN...THE ORIGINAL ONES.WHAT WE CAN'T ACCEPT ARE THOSE FROM OTHER COUNTRIES LIKE PHILIPPINES MYANMAR VIETNAM CHINA ETC.....THEY HAVE NOTHING TO DO WITH US AND THEY ARE HERE FOR OUR RICE BOWL.WE WELCOME THEM AS TOURISTS BUT NOT AS PPL WHO COME TO SNATCH OUR JOBS.FACE IT SAYS WHAT YOU WANT BUT THE FACT IS WE HATE YOU

u are right bro