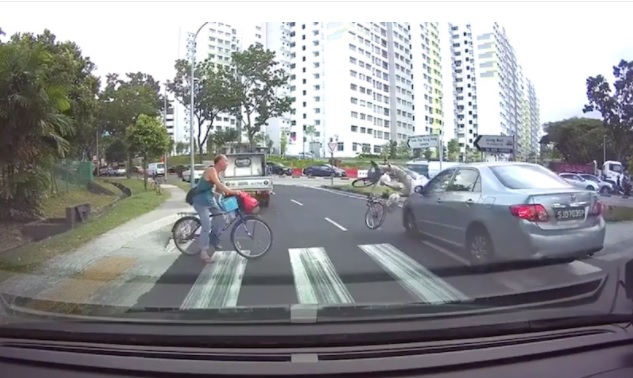 In a horrifying dashcam video circulating online, an elderly cyclist was knocked off his bicycle when a car zoomed past a zebra crossing and collided right into him. The police confirmed that investigations are currently ongoing into the incident in Jurong, where the 67-year-old man was hit by a vehicle.

The man was taken conscious to the National University Hospital.

A Facebook post surfaced that same day by a netizen who said he was the cyclist’s son, asking for information from bystanders. He subsequently updated it and thanked an eyewitness for providing dashcam footage of the accident.

“In the video my dad has clearly raised his hand to signal his intention to cross the road. The car which captured the accident stopped and gave way to him,” he said. “He saw that the 2nd lane was clear therefore he proceeded forward. Little did he expect a car to speed (around) the slip road and bang him.”

According to the Singapore Police Force’s road safety tips for cyclists in Singapore, cyclists should “always dismount from your bicycle and ensure that it is safe to cross before crossing at traffic light junctions”. Presumably, this applies to zebra crossings as well.

In response to netizens pointing out that fact, the victim’s son asked, “even if he did, can the accident be avoided? Will he be able to avoid it in time?”

“It works both ways. My dad has already taken the precaution,” he added. “He always warn me of his near misses when crossing the road.”

Regardless, he thanked everyone who came forward to offer a helping hand, and ended his post by advising motorists to “drive safe and look out for each other”.

I feel both party got fault .. cyclist should not ride on rd as the speed of crossing the rd is however a lot of diff from walking ..but in the video ..the car is really too much ..didnt even bother to slow down when approach zebra crossing... 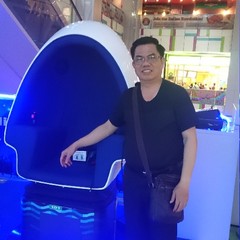 The elderly is also at fault he should stop and cross the road not just conviently cycle across and cause unnecessary accidents to happen a lot of such reckless elderly cyclist doing such silly act without thinking of their own safety!!!! Yes the car driver is also at a greater fault