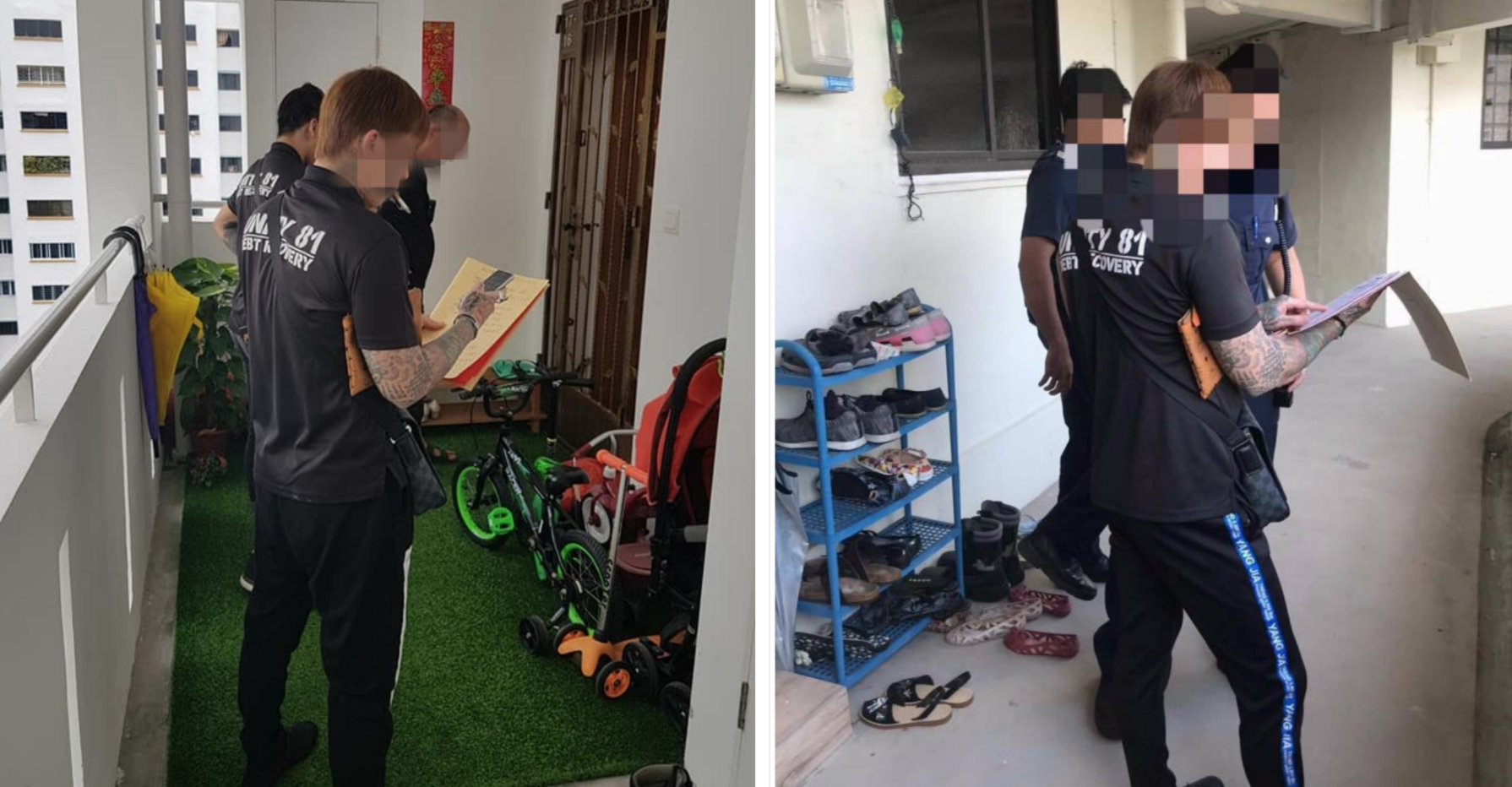 A debt collection company visited around 40 households over the Chinese New Year holiday to carry out their duty, and even put up Facebook pictures of their undertaking,  reports.

According to Chen, debtors are usually not around when the collectors come knocking.

However, the three days from Chinese New Year eve to the second day of the lunar new year (Feb. 15 — 17) are considered the “golden three days”, as chances of locating the debtors are higher.

Chen adds that although they still met with a number of closed doors, chances of it occurring are lower than usual.

Chen’s business partner Zhuo Wei Zhong reveals that the company has taken up over 200 cases since its inception in August 2017.

Nonetheless, some of the debtors denied involvement, claiming it was their brothers who took the loan. Even the police were called in to intervene:

Zhuo explained that the collectors possessed the necessary documents as evidence, and will request for family members to inform the debtor even if he/she is not at home.

Although the company only officially resumes work on Feb. 19, those working from Feb. 15 —17 came back just to help out.

Members of the public interviewed by SMDN expressed that they consider it unlucky for a debt collector to show up during the new year.

Chen, a 47-year-old taxi driver, said that some will make it a point to clear their debts before the lunar new year, as carried-over debts are considered inauspicious.

Another 28-year-old clerk known as Lin expressed the same sentiment, saying that she would be worried about being unlucky for the rest of the year if creditors showed up at her doorstep during the new year.

Zhuo concurs, saying that there are people who paid up of their own accord before Chinese New Year. is it legal to smoke at the corridors of hdb blocks? please send nea officers to his house to knock door give summon

all look like Ah long runner. I still can't believe all these are legal.

fine them for smoking too.

SHOULDN'T NEA DO SOMETHING ABOUT THE DEBT COLLECTORS SMOKING ALONG COMMON CORRIDORS?THE EVIDENCE IS HERE THE BALL IS IN YOUR COURT NEA.DO SOMETHING TO MAKE US RESPECT YOU.

When borrow money never think of CNY. Come on be a man

SOMETIMES PPL FORCED BY CIRCUMSTANCES TO BORROW.DONT EVER JUDGE PPL TILL ONE DAY YOU CAN CONFIRM YOUR FATHER OR YOUR SONS WON'T BORROW MONEY.