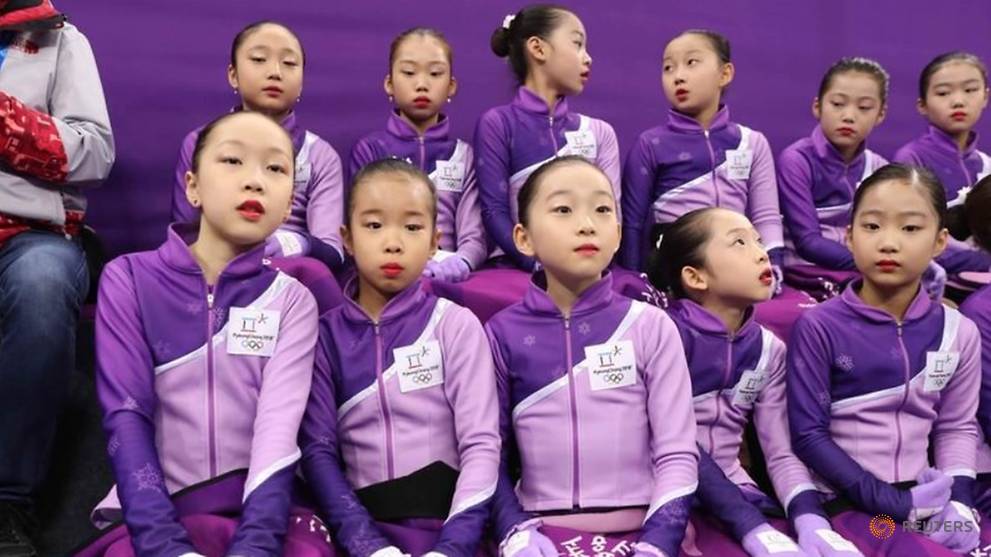 What's it like to pick up plushies? Flower kids tell all

GANGNEUNG, South Korea: They have to skate fast in front of hundreds of people, pick up flowers as quickly as possible and stay unflustered when dozens of stuffed animals rain down on the ice.

They are the Olympic "flower kids" and they love their job.

"I watch the skaters perform up close, and I see their mesmerising moves and jumps."

For Yun Seo-jin, a shy nine-year-old, it is the sense of service she enjoys.

"It feels great to be on the ice picking up the gifts for the players," she said, dressed in a down jacket with sleeves coming down over her knuckles.

Flower kids are an institution at figure skating competitions as they whiz out to scoop up the presents fervent fans toss to their favourite skaters.

But the Olympics are special.

Kang and the other 16 children who dash on to the ice clad in the purple colours of the Pyeongchang Games are all skaters skilled enough to do their own double jumps.

Recruited a year ago to help when the Four Continents tournament was held in Gangneung, the nine to 11-year-olds had several training sessions before making their debuts on the ice, where they sometimes dash over the hallowed Olympic rings to gather up the gifts.

The children cluster by the rink gate as the performing skaters take their bows before being ushered out to do their duty.

Their biggest challenge in Pyeongchang has been cleaning up after Yuzuru Hanyu, the Japanese skater who became the first man in 66 years to win back-to-back Olympic gold medals and was showered with flowers and Winnie-the-Pooh stuffed animals.

"I was at a loss when I saw the ice after Hanyu performed because there were so many poohs and gifts on the ice!" said Kang.

"There are usually only a few fan gifts to pick up after other players perform. With Hanyu, we had nearly 50 bags of stuffed animals, short and long (programmes) combined. It took about three minutes to clear the ice."

Yun agreed that tidying up after Hanyu was hard work.

"We had so many to pick up for Hanyu, so all of us went out to the ice after his performance. I had fun doing it together with all my friends," she said.

"I can see all these great skaters right before my eyes, it's amazing. We leave the bags of gifts so they can come and pick them up later."

Kang likes Korean skaters like Cha Junhwan, who competed in men's singles at Pyeongchang, and Kim Yuna, who achieved legendary status in her homeland when she won gold at Vancouver in 2010 and silver in Sochi in 2014.

And then, of course, there is Hanyu.

"He is good at jumping and does everything else so well," Kang said.

And being a flower kid may be just the start.

"I am here dreaming that one day I could be on an Olympics stage myself," Oh said.