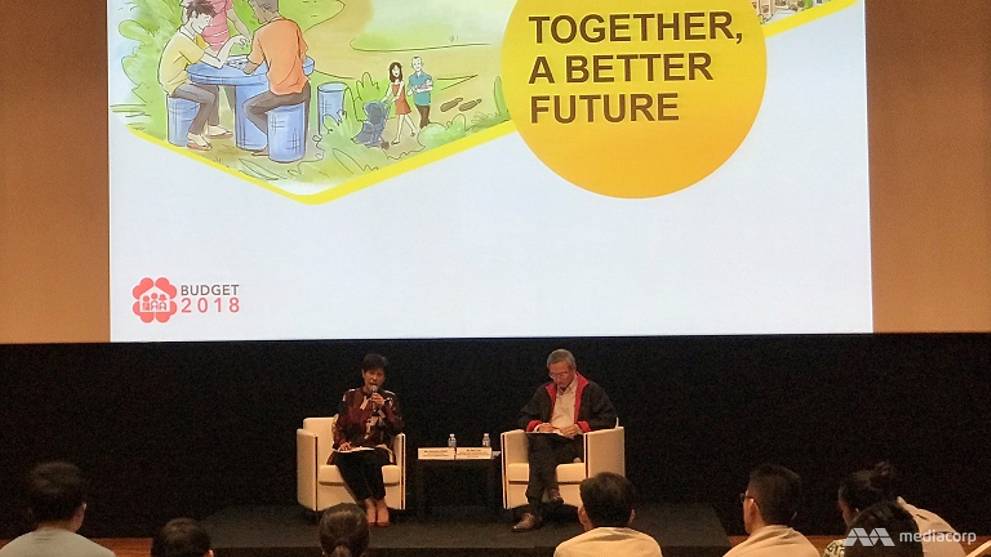 SINGAPORE: The government would like to keep the spending of its Net Investment Returns Contribution (NIRC) at 50 per cent for as long as possible, said Senior Minister of State for Law and Finance Indranee Rajah on Tuesday (Feb 20).

She was speaking on the sidelines of the Budget 2018 Conversation at the National Museum of Singapore which she co-hosted with REACH chairman Sam Tan, as part of the Singapore Budget 2018 feedback exercise. Some 100 REACH contributors, youths, professionals, managers, executives and technicians (PMETs), grassroots, unions and business leaders were in attendance.

Ms Indranee was asked why current spending of the NIRC could not be increased, instead of raising the Goods and Services Tax. She responded that increasing the NIRC to 60 or 70 per cent meant using up more money and putting less into the principle sum.

“We think that 50 per cent is a fair figure. If you start going down the slippery slope then after a while you have to make your principle work a lot harder. And then you are also not assured that you will be able to get consistent returns all the time, you don't know what the investment market will be like.”

“So the better thing to do if you want to ensure consistency, stability and sustainability … is to continue to tap, but keep it at 50 per cent, and then also introduce the increase in GST,” she noted.

Ms Indranee was also asked if the announcement of the GST hike during the Budget - planned for between 2021 and 2025 - was a bit early. She said this was to give Singaporeans more time to prepare, "so they can arrange for their finances. And also so that people will know - looking forward, what the landscape will be like. We wanted to be upfront and transparent with the population."

Ms Indranee said she hoped Singaporeans would understand that at the end of the day, when the GST goes up and the money is collected, the funds are still returned to Singaporeans – in the form of developments in healthcare, infrastructure, security and education. She also reassured Singaporeans that there are offset packages as well as enhancements to the GST voucher scheme to help them adjust to the changes.

Other topics discussed during the session included the need to increase the Foreign Domestic Worker (FDW) levy from April 2019. Mr Tan, who is also Minister of State in the Prime Minister’s Office and for Manpower pointed out that there are currently 240,000 FDWs in Singapore, with that number set to grow.

At the event, Mr Tan also announced REACH would be organizing another 12 feedback activities to reach out to different segments of Singaporeans to hear their views.