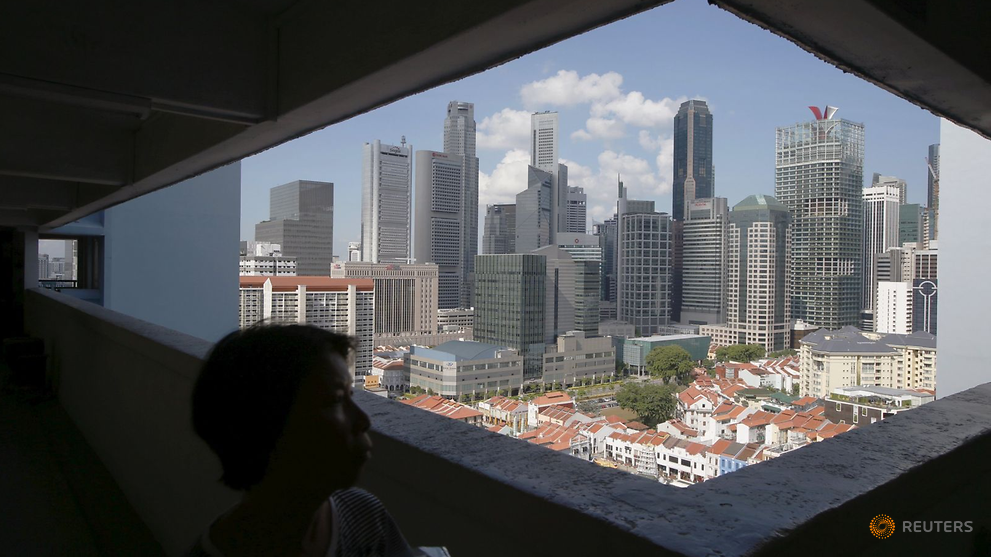 Forget the politics, let's look at the economics of the GST hike

NUS tax expert Associate Professor Simon Poh discusses the economics behind the timing and likely structure of the GST hike.

SINGAPORE: In life, there are two certainties - death and taxes. Or so the saying goes.

Following the Budget 2018speech by Finance Minister Heng Swee Keat on Monday (Feb 19), there are now three more certainties - when it comes to the highly anticipated increase in the goods and services tax (GST) in Singapore.

First, there is certainty that we will not see any for at least the next three years.

Yet the fact that GST will not be raised in this term of Government is no surprise.

Although the announcement of a hike years in advance of its implementation is unprecedented, it is consistent with the clarification made by Tharman Shanmugaratnam at Budget 2015 when he was Finance Minister that the revenue measures the Government has undertaken will provide sufficiently for the increased spending needs planned for the rest of this decade.

It is also consistent with the statement by the Ministry of Finance in August 2015 that there is no basis that the Government will raise GST after the 2015 General Election.

It is useful that the decision to raise GST seems grounded not on political expediency but economic considerations.

NO NEED THIS TERM OF GOVERNMENT

Most people attribute the Government’s ability to postpone the GST hike to the almost S$10 billion budget surplus for 2017 arising from higher government revenues, the biggest single-year surplus in 30 years.

People say the Government was “lucky” revenues were higher, allowing it to defer the GST hike.

But the fact is the Government’s fiscal position has been strengthened with measures introduced progressively over the past decade.

These include the previous hike in the GST rate from 5 to 7 per cent in 2007, the introduction of the Net Investment Returns (NIR) framework in 2008 to enhance revenues, the inclusion of Temasek in the NIR framework and the raising of personal income tax rates for the top income brackets in 2015.

It is this stronger fiscal position built up quietly and gradually that allowed the Government to commit publicly that it has no intention to raise GST after the 2015 General Election.

A rise in GST is a move the Government takes great pains to introduce, given its impact on the cost of living and doing business. A look at the Government’s track record suggests it understands this.

Before GST was first implemented in 1994, then Finance Minister Richard Hu had said that it would be capped at 3 per cent for at least five years. The Government also rolled out a slew of relief measures and cuts in personal income and corporate income taxes to help manage its impact in the short term.

The GST was only raised almost ten years later, to 4 per cent in 2003 and 5 per cent in 2004 – with Economic Restructuring Shares given out to help Singaporeans cope.

BUT A NEED IN THE NEXT TERM OF GOVERNMENT

The second certainty is that the GST hike will likely occur sometime in 2021 to 2025.

This timing seems coincidentally close to the next General Election which is due in 2021 but is essentially needed to cope with the anticipated surge in government expenditure from 2021 onwards.

Might it be that the financing for huge infrastructure works to build Changi Airport Terminal 5 (to be completed in 2030), the Tuas Megaport (to be completed in 2040 and opened progressively from 2021) and the Kuala Lumpur-Singapore High Speed Rail (to begin operations around 2026) will all come to a head then?

Regardless, there is no urgency to increase revenues earlier in view of the Government's expected sound fiscal position for the rest of this decade.

It also doesn’t make sense from a budgeting perspective to raise revenue now in this term of Government, only to have it locked up as Past Reserves in the following term when it is needed.

A view of the site where Terminal 5 will be built.

A third certainty is that the GST will increase by 2 percentage points, from 7 to 9 per cent.

Economic projections show that an increase of up to 1 percentage point in GST may not generate sufficient revenue to fund expected increases in spending needs in the areas of healthcare, infrastructure, security and education in the next decade.

Where a 2 percentage point increase is expected to yield 0.7 per cent of Singapore’s GDP and additional tax revenues of S$3.2 billion – this increase puts the Government budget on a stronger footing to close the expected revenue and expenditure gap.

This is even as the Government explores new ways to finance infrastructure projects (through a new Rail Infrastructure Fund and a potential move to allow borrowing by Statutory Boards and Government-owned companies backed by Government guarantees), and manage ministries’ expenditure growth (through moderating their block budget growth).

Although it is not the only source of revenue for the Government to tap on, GST emerges as the top candidate in its search for a reliable and sustainable source to fund Singapore’s future needs.

Looking ahead, Mr Heng reiterated that the GST hike will be done in a “progressive manner” with sufficient help rendered to lower- and middle-income households to cope with the increase.

Indeed, it looks to be the case. Though GST is regressive in nature, one must understand that the GST system in Singapore has always been uniquely structured in a progressive way with the introduction of GST offset packages.

These packages have been later replaced by a permanent GST Voucher scheme for low-income households and seniors.

So it should be a relief that the announcement of a rise in GST was accompanied by an announcement of an enhanced GST Voucher scheme and the reassurance that the Government will continue to absorb GST on publicly-subsidised education and healthcare.

This advance notification is certainly welcome news, even as the exact timing of its implementation will depend on the state of the economic, the growth of government expenditures, and revenues from taxes over the next few years.

Together with the assurance of help for lower-income households and seniors, this long lead time gives businesses and households more confidence that they will be prepared for its eventual implementation.

Consumers will definitely prefer a phased increase to draw out the impact on the cost of living over a few years, but most businesses are likely to prefer “biting the bullet” in a one-time increase.

Many businesses may find their GST burden mitigated to the extent that they can pass off costs to consumers or qualify for GST refunds.

Staggering the GST increase could also translate to higher business compliance costs involved in the required re-configuration of computer systems and changes in GST invoice formats.

Coming after more than a decade, the imminent GST hike is greatly anticipated but the long lead time to implementation will provide temporary reprieve.

Lower-income households should be assured of similar support from the Government based on past GST hikes.

Indeed, the move to raise GST to 9 per cent, coupled with the decision to announce this years ahead, speaks of a Government that thinks of the long term and makes its fiscal decisions based on strong economic principles.

Simon Poh is Associate Professor (Practice) of the Department of Accounting at NUS Business School.

this nus tax expert associated with finance ministry or not?