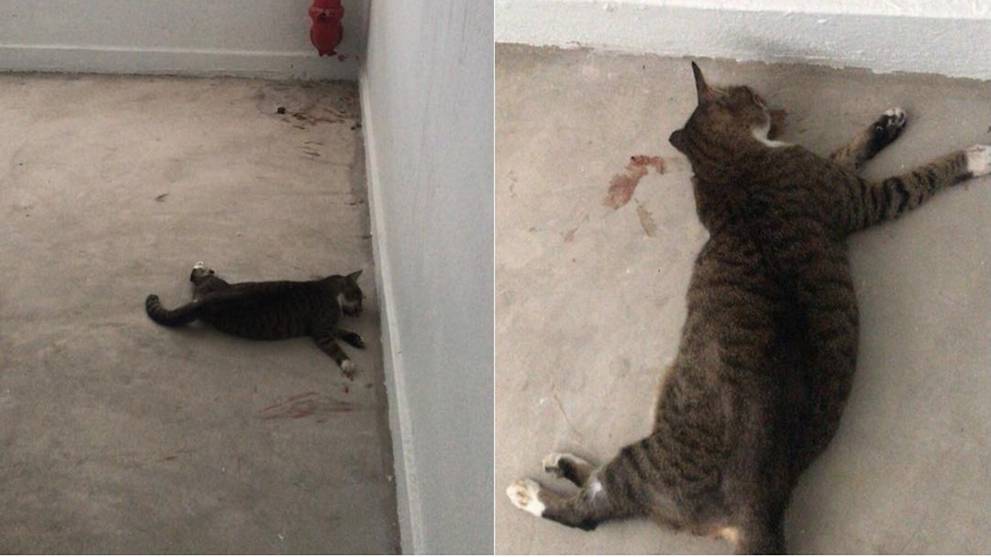 Photos circulating online show the cat with blood smeared on the ground beside it. (Photos: Facebook/Yishun 326 Tabby cat)

The Yishun 326 Tabby cat Facebook page, run by a group of volunteers who rescue and treat community cats, said on Wednesday that it was alerted that a dead cat had been found at Block 147 Yishun.

Photos appeared to show the cat lying near a wall, with its legs twisted out from underneath it at an odd angle. Blood smears could also be seen on the floor next to the cat.

Specks of blood could also be seen on a staircase apparently leading down to the scene.

Channel NewsAsia understands the cat was found near a staircase on the second floor of the block, and that blood could also be seen on the void deck.

The Cat Welfare Society told Channel NewsAsia that it was informed of the possible cat abuse case by a volunteer.

"The body position of the cat and the injuries inflicted (lean) towards possible abuse," she said, adding that the Agri-Food and Veterinary Authority (AVA) has started investigations into the incident.

"AVA has started their investigations and will be establishing if the dead cat is indeed a roaming pet cat," she said.

"We advise all cat owners to keep their pet cats strictly indoors as this is the only measure to prevent any potential abuse in stairways or in areas where there is not much human traffic," she added.

Sad 😭 poor Meow 🐱 R.I.P Cat abuse please juz chase them away even u don't like it don't have to kill them that's too cruelty act. 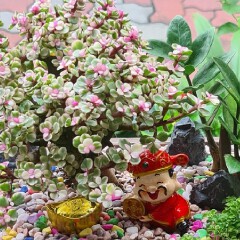