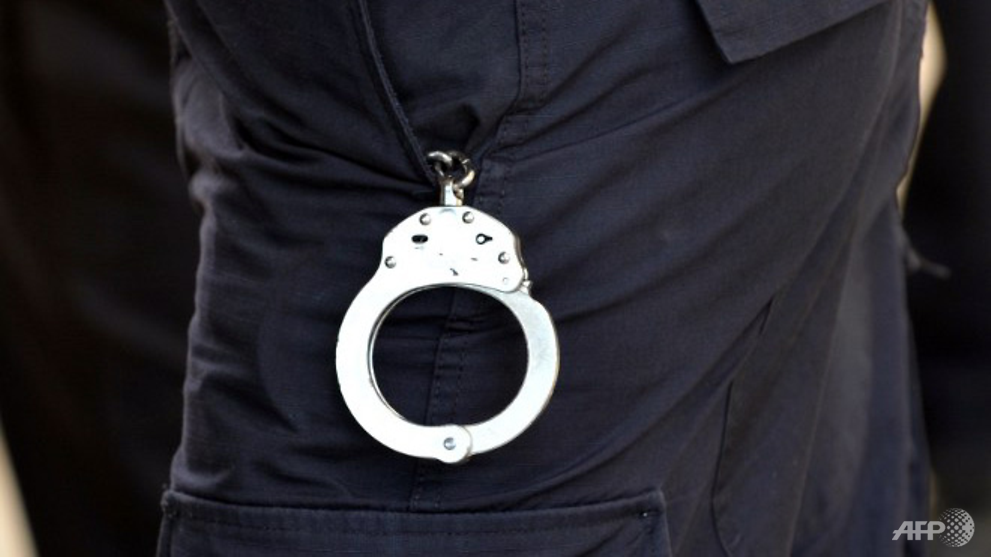 SINGAPORE: A 27-year-old man on trial for the murder of a Pizza Hut waitress had pushed his victim down a flight of stairs, then flung her over a nearly 7-metre-high railing at a multi-storey car park to ensure that she died, the High Court heard on Tuesday (Feb 20).

A squabble over a smartphone had left Syed Maffi Hasan in a fit of anger, causing him to allegedly hurl Atika Dolkifli, 23, head first over the railing of the car park in Toa Payoh, the High Court heard.

As a result, Atika landed face down, suffering multiple bone-deep lacerations and facial fractures on Aug 31, 2015.

Her decomposed body was found three days later by a member of the public who had parked his car at a nearby lot.

Syed Maffi was 24 years old and had just been released from jail for drug offences when he allegedly killed Atika.

In their opening statement on Tuesday, the prosecution said Syed Maffi had demonstrated, with the use of a dummy, how he had lifted Atika up by her collar and trousers and hurled her over the railing.

Atika was of lower than average intelligence but had found employment as a part-time waitress at Pizza Hut, prosecutors said.

The High Court heard that Syed Maffi and Atika met through Facebook in 2013, but lost contact after the former was sentenced to a stint at the Drug Rehabilitation Centre. They reconnected after Syed Maffi was released in April 2015.

Atika lent Syed Maffi an iPhone 5C, which he later sent for repairs twice, setting him back S$135. However, Syed Maffi lied to Atika that the repairs had cost him S$300, and asked her to pay him back.

Syed Maffi started visiting Atika at her workplace, where her colleagues noticed she seemed afraid of him, prosecutors said.

He also turned up at Atika's home to demand for the S$300, but her father turned him away. Atika’s brother later told Syed Maffi to keep the phone as payment.

CCTV cameras at Block 146A Lorong 2 Toa Payoh captured the duo walking into the multi-storey car park at 9.47pm.

At 10.33pm, Syed Maffi was seen leaving the car park. He carried Atika’s handbag, but she was nowhere in sight.

According to Syed Maffi, the pair had sex at the car park before heading up to the roof garden, where they got into a heated argument.

He claimed that Atika had hurled vulgarities at him and demanded that he return the iPhone.

Prosecutors said that Syed Maffi’s version of events was not supported by any objective evidence.

“What is supported by objective evidence is the accused’s admission that he had pushed (Atika’s) chest hard, causing her to fall down a flight of stairs and hit the back of her head on the edge of a step,” saidDeputy Public Prosecutors Bhajanvir Singh and Quek Jing Feng.

This assault caused a laceration, though the injury by itself was not fatal, the prosecutors said.

“As a show of his determination to cause (her) fatal injuries, (Syed Maffi) dragged (Atika) by her armpits to the landing … and threw (her) head first over the railing,” they told the court.

Syed Maffi then hid Atika’s handbag in a covered drain along Lorong 1 Toa Payoh – but not before pocketing Atika’s iPhone 6 Plus, the prosecutors added.

Atika’s father lodged a missing person report on Sep 1. A police statement was recorded from Syed Maffi on Sep 2, who lied and feigned ignorance of her whereabouts.

“(Syed Maffi) only admitted to his heinous act after he was told by officers that he had been caught on CCTV entering the car park with the deceased and leaving alone … with her handbag,” DPP Singh said.

According to a psychiatric report, Syed Maffi does not suffer from any psychiatric disorder or illness.

The trial continues on Wednesday. Syed Maffi is represented by Mr Kalidass Murugaiyan and Rajan Supramaniam.

If convicted of murder, Syed Maffi faces life imprisonment or the death penalty.

Give him a death penalty by throwing him down from height. Let him feel before he die...