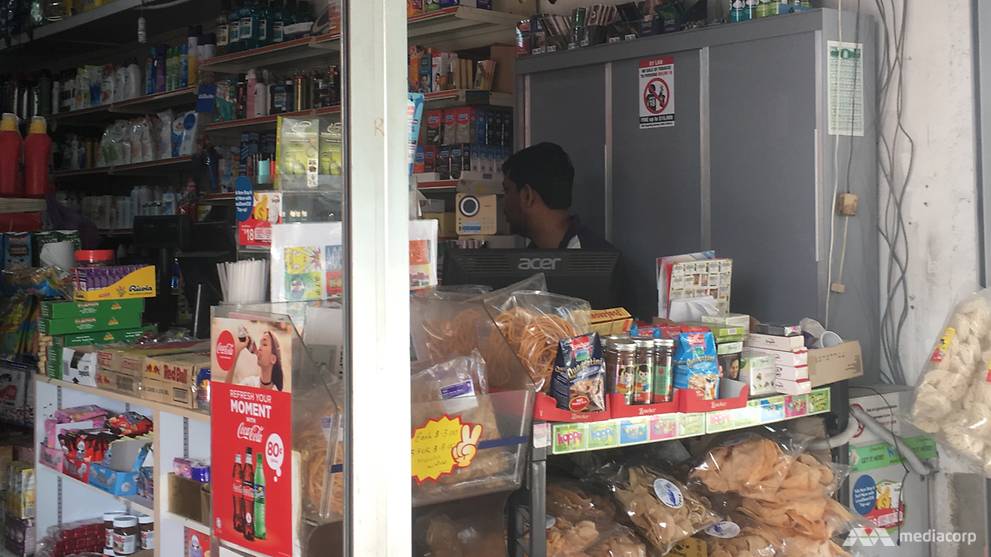 While most retailers said they would increase cigarette prices on Wednesday, some have already done so, after one supplier sent them a revised price list. (Photo: Monica Kotwani)

SINGAPORE: Smokers are already feeling the pinch after the latest hike in tobacco tax, as some retailers have already raised cigarette prices.

On Monday (19 Feb), Finance Minister Heng Swee Keat announced a 10 per cent increase in excise duty on all tobacco products, in a bid to discourage people from smoking. According to a circular from Singapore Customs, the increase took effect from 5.40pm on Monday.

The excise duties on cigarettes would increase to 42.7 cents per stick of cigarette, up from 38.8 cents previously, said the Ministry of Finance.

Of the six retailers that Channel NewsAsia approached, two of them said they had already increased the price of a pack of 20 Marlboro cigarettes by S$1.10. Channel NewsAsia understands this is the recommended price increase by supplier Philip Morris.

The other four shops said they plan to increase prices on Wednesday.

Chairman of the Minimart Association, Alan Tay told Channel NewsAsia Philip Morris had given a recommended price of S$14.10 for a 20-pack of Marlboro cigarettes, up from S$13.00. This is a price increase of about 8.5 per cent.

Mr Tay said the rest of the suppliers were mostly closed due to the Chinese New Year holidays, and would likely send their revised price lists on Wednesday.

Mr Tay saw a rush of smokers purchasing cigarettes at his shop after Mr Heng’s announcement on Monday evening. Many regular customers bought cigarettes by the carton, instead of the usual one or two packets a day and supply was running low, he said.

But other retailers said business was steady, with no noticeable rise in sales. One customer who was purchasing about 10 packs of cigarettes told Channel NewsAsia the price increase would not stop him from smoking less. He said he has been smoking for a number of years and it was a difficult habit to curb.

Meanwhile, a 7-Eleven spokesperson said that "a price increase for these products is expected, though we are unable to advise on the quantum of the increase at this point as we're still working with suppliers on this".

NTUC FairPrice also said its tobacco prices "remain unchanged as of today, pending further review with our suppliers". A check at a Sheng Siong supermarket on Bedok Reservoir Road revealed that the price of a 20-pack of Marlboro cigarettes had increased from S$12.70 to S$13.80.

With the latest hike, the Finance Ministry said Singapore's tax on a "typical packet of 20 cigarettes” now stands at about 60 per cent, before GST. This is on par with countries like the United Kingdom, New Zealand and Canada.

It said tobacco duties for cigarettes and other manufactured tobacco products were last raised in 2014, and that this latest tax hike is aimed at discouraging and reducing the consumption of tobacco products, rather than raising revenues.

Hate to heard the words always for our own good .we are adult .we know how to tell the diff of good and bad ...just want to earn more taxs just say so ...dont always use the words ...it for your own good singaporean.it really too much .with that price i can buy at least 5 packet in Indonesia.4 packets in Malaysia,3 packet in Thailand.

Always say it for our own good ,but after increase the price .people still smoke .tell me which country in the world there are no smokers in there ?our country price compare to others countrys is already so many times higher...