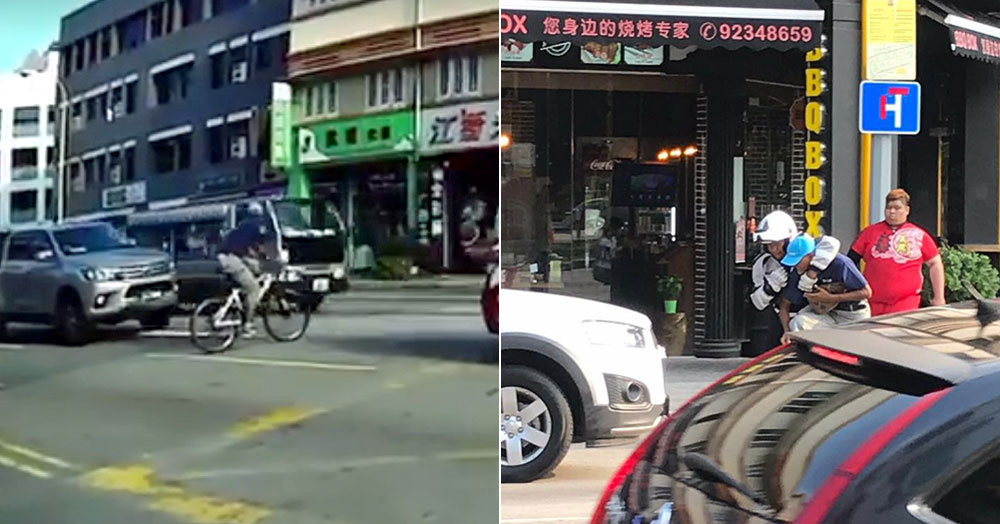 A cyclist has been caught on camera cycling diagonally across the road and resulting in a Traffic Police motorcycle to skid and crash to avoid a head-on collision.

The incident occurred at Geylang Road, just before the lane turning into Geylang Lorong 4.

The dash cam time stamp indicated that the incident occurred on Feb. 21 at about 5.40pm.

In the video, the cyclist attempted to cut across multiple lanes when traffic flow was heavy at that time.

He attempted to go from the right-most to the left-most lane.

After crossing at least two lanes, the cyclist was brought down by a Traffic Police motorcyclist, who had enough initiative to instinctively take a tumble to avoid ploughing into the cyclist head-on.

The Traffic Police personnel appeared to escape unscathed from the accident as he could be seen gesticulating at the cyclist as both parties got up to their feet.

In a photo shared as a comment in the post, the Traffic Police personnel could be seen apprehending the cyclist:

Here are some totally unrelated but equally interesting stories: