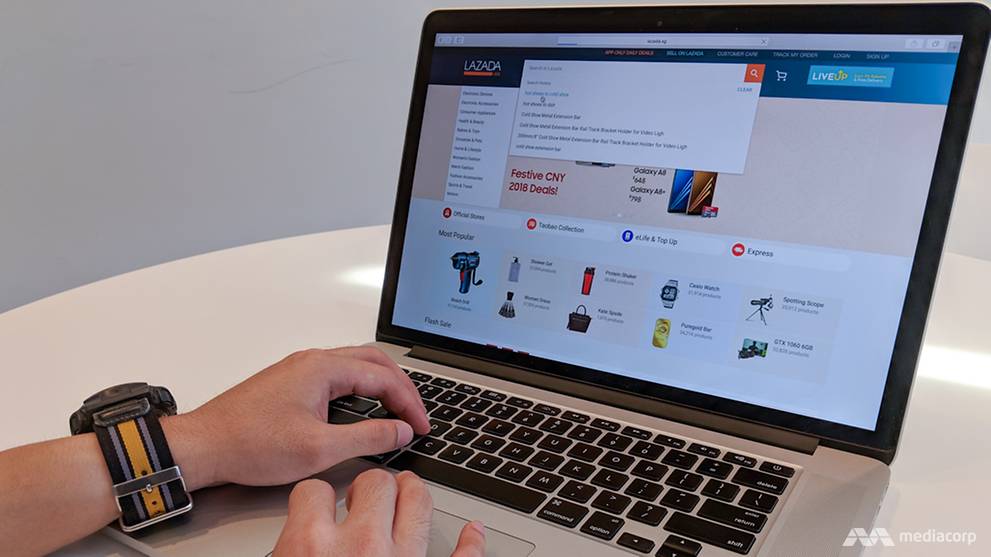 Commentary: GST on imported digital services a mouthful but I see what you did there

Two tax experts from PwC discuss the way the GST on imported digital services has been structured – and say it’s well-scoped for a variety of reasons.

SINGAPORE: Budget 2018 has introduced some of the most significant changes to the GST landscape in Singapore.

In addition to the GST hike slated to take effect in three to seven years’ time, Finance Minister Heng Swee keat confirmed the broadening of the GST to include tax digital services rendered by overseas vendors to Singapore consumers.

Both pieces of news have Singaporeans worried and concerned about the possibility of higher prices and a hit on their pockets. One also wonders which of his or her current purchases made online would be affected.

The 7 per cent GST is applicable when a Singapore service provider who is registered for GST renders services - such as music or movie subscription services - to Singapore consumers over the internet.

Prior to the announcement at Budget 2018, the rules in Singapore did not require the GST to be paid when online services are purchased by a Singapore consumer from an overseas supplier.Yet GST, being a consumption tax, should rightly apply where the goods or services are consumed.

The proposed change therefore updates Singapore’s GST rules with respect to services rendered by overseas vendors to Singapore consumers, with effect from Jan 1, 2020.

Examples of services that will be taxed include downloadable digital content such as mobile applications, e-books, music, games and movies, subscription-based media, software programmes, and cloud services.

In the Budget Statement and the draft guidance on the new rules since published by the Inland Revenue Authority of Singapore (IRAS) for public consultation, it is explained that there has been an uneven playing field between local and overseas businesses and the rule change will ensure that imported and local services are accorded the same GST treatment.

What is missing is that there has been little said about the additional tax revenue that would be collected by the Government as a result of the rule change.

While this could be due to lack of specific data on business-to-consumer services, since there is no apparent regulatory reporting in Singapore of such services, it could also be an intentional omission where the Government wishes to focus on the principle for introducing the new rules and avert speculation that the change is driven by the intent of seeking additional revenue collection.

Having said that, the Organisation for Economic Cooperation and Development (OECD) reported that the European Union, which implemented the rules in 2015, collected more than Euro 3 billion in its first year of implementing the changes.

In any case, the new rule should lead to a sustainable and growing revenue collection with the continued advancement of the digital economy, given that the scope of digital services is non-exhaustive and is expected to extend to new service offerings or service delivery models with the advent of technology.

This also signals the first step that the Government is taking to tax purchases made over the internet or an electronic network which may eventually extend to purchases of goods from overseas vendors.

WHY GOODS WERE LEFT OUT FOR NOW

Yet the proposed changes do not affect the purchase of goods from overseas vendors. In the Budget Statement, Mr Heng explained that the Government will conduct further review before deciding on the approach to tax such transactions.

Under current rules, the 7 per cent GST applies where the value of goods imported into Singapore exceeds S$400. There is an import relief for non-dutiable goods valued not more than S$400 (also referred to as low value imports), where no import GST is payable to the Singapore Customs.

The Government’s decision on a phased approach to introducing changes to taxing the digital economy is understandable, given that the mechanism to tax low value imports is not straight-forward.

In its International VAT/GST guidelines, the OECD recommends a model where the overseas seller and intermediaries, such as an electronic marketplace or a parcel forwarding company, be the party collecting the tax.

Such a new regime would affect various parties in the supply chain where sellers and intermediaries would have to register for GST in the purchasing country. Various features of the regime and implementation rules would therefore need to be carefully considered to ensure that they are practical and enforceable.

Looking to New Zealand and Australia which have implemented the rule changes in recent years, both countries had similarly taken the approach to first introduce a tax on the import of digital services while seeking feedback and refining the rules for taxing low-value imports.

Australia is slated to introduce GST on low-value imports from Jul 1, 2018, and will be the first country to effect the recommended model of having overseas vendors register for GST and charge GST on the goods sold to Australia consumers.

Singapore is no doubt observing the global developments and seeking to learn valuable lessons from the early mover countries.

GST/VAT reforms with respect to taxing the digital economy have already swept the European Union, including some of our neighbouring countries.

This has enabled Singapore to learn from the experiences of other countries in coming up with what we see as fairly comprehensive rules on taxing digital services purchased from abroad.

The lead time of approximately twenty two months before the new rules kick in, is a calculated and considered move by the Government.

We will have to wait to see if the Ministry of Finance broadens the tax base to include low-value imports of goods.

In the meantime and until GST moves into the virtual world come Jan 1, 2020, there is still reprieve from GST on imported digital services for the Singapore consumer.

Koh Soo How is the Asia Pacific Indirect Tax leader and Rushan Lee is senior manager of Indirect Tax at PwC Singapore.