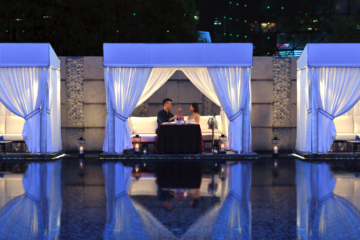 Eye Candy: We Chat With Kelly Limerick, The Singaporean Crochet Artist With Hair To Match

You’ve probably heard of her – you might even have seen her on the streets of Singapore. After all, Kelly Lim, better known by her moniker Kelly Limerick, stands out from the crowd. Recognised by her stunning dreads, unconventional style of dressing, and quirky ‘kimo-kawaii’ crochet works, the norm-defying artist has previously collaborated with the likes of H&M, Uniqlo, and Puma. Recently, she’s also been working on large-scale installations that inject unexpected visual experiences into urban spaces, some of which have been featured in galleries around New York City and Tokyo.

Now, she shares with us her most memorable experiences on the street, her inspirations, and her thoughts about being called a ‘rebel’.