SINGAPORE: SMRT will improve its employment terms and benefits for staff after concluding talks with the National Transport Workers’ Union (NTWU), the transport operator said on Saturday (Feb 24).

The improved terms include raising the starting pay for fresh engineering graduates by 10 per cent to S$3,800 a month, five-year contracts for “selected experienced staff” who reach the retirement age of 62, and team-based incentives to enhance safety.

The revisions come as SMRT aims to recruit up to 2,500 more staff over the next three to five years. This includes hiring another 200 engineers for its current MRT lines and the new Thomson-East Coast Line, which opens in phases from 2019.

The transport operator currently has 11,000 employees.

SMRT said the hiring will increase the headcount for its trains division by 45 per cent, and boost the number of rail engineers by 40 per cent.

Employees in its trains division who have “exhibited consistent good performance” and are healthy will now be offered five-year re-employment contracts when they turn 62. Previously, these workers were re-employed on yearly contracts up to 67 years old.

Selected experienced staff will also be re-skilled and redeployed to areas such as quality control, inspection, safety and as trainers, SMRT said.

Team-based incentives have also been introduced to encourage staff to work together to increase rail reliability, with teams which meet set targets getting up to S$250 per employee per quarter.

NTWU Executive Secretary Melvin Yong said the union has been working with all public transport operators to improve employment terms and conditions for workers.

“The improvements made by SMRT are a step forward in ensuring that the employment terms and conditions of our rail and bus workers in SMRT remain competitive,” he said.

just cut the cei pay by 70% can share with other staff. useless boss.

good.hope the other industry will also follow suit and increase our salary 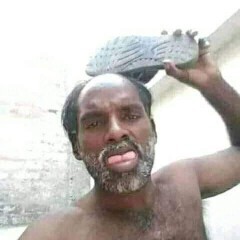