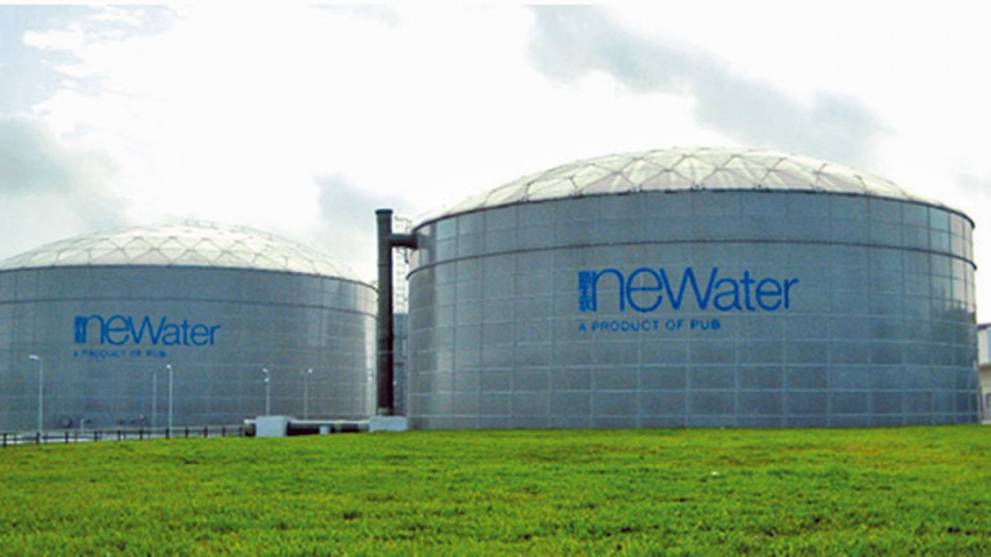 SINGAPORE: Singapore must ensure it has an adequate supply of water for households and industries by the 2050s, before the water agreement with Malaysia expires in 2061, said Minister in the Prime Minister’s Office Chan Chun Sing on Saturday (Feb 24).

“This is why we are building the Deep Tunnel Sewerage System Phase 2 to recycle as much water as we can, and we will continue to explore collecting every drop of water that falls on Singapore soil,” he added.

The deep tunnel sewerage system is the nation’s way of collecting and transporting used water from across Singapore to three water reclamation plants - Changi, Kranji and Tuas – for treatment.

The water is then purified to become NEWater, or discharged into the sea.

Under national water agency PUB’s masterplan, by 2060, NEWater and desalination will meet 85 per cent of Singapore’s water demand.

The water issue was among the infrastructural plans Mr Chan touched on during his speech at the annual Chinese New Year dinner attended by grassroots advisers and residents of Tanjong Pagar and Radin Mas constituencies.

He stressed that Singapore must continue to invest in infrastructure to make the country attractive for companies and create “good jobs for our people”.

“We are building for the next 100 years with investments in an underground electricity distribution network to replace the ageing network left to us by the British … (We are) making sure that our land reclamation can withstand global warming and the predicted rise in sea levels,” he said.

The minister cited developments such as the Singapore-Kuala Lumpur High Speed Rail in the 2020s; Changi Airport Terminal 5 which is expected to be completed around 2030; the Tuas mega port which is scheduled for completion in 2040; and the need to have an adequate supply of water by the 2050s.

“Beyond the 2050s, we will be in full swing to redevelop the next generation of HDB flats and towns to ensure that every HDB estate is a microcosm of Singapore, with diverse age profiles and flat types to cater to the evolving needs of Singaporeans,” said Mr Chan.

“We will overcome the current situation where we have an age gradient in our towns - from Tanjong Pagar on average, having the oldest flats, to Punggol having the newest.”

On investment in education, Mr Chan said it must continue to be “the linchpin” in Singapore’s economic strategy, stressing the need for lifelong learning and early childhood education.

Nearly a week after Budget 2018 was announced, he also reiterated why the use of Singapore’s reserves should not be taken lightly, drawing a link between the reserves and the strength of the currency.

Concluding, Mr Chan said Singapore has strong fundamentals but the country must continue to maintain its edge.

“The next lap of our economic growth story will depend more than ever on our ability to innovate and tap the global markets for our growth,” he said.

“So long as we stay united, be clear eyed about our challenges, and face them squarely together, there is absolutely no reason why we cannot celebrate SG100 with even greater pride and confidence.”