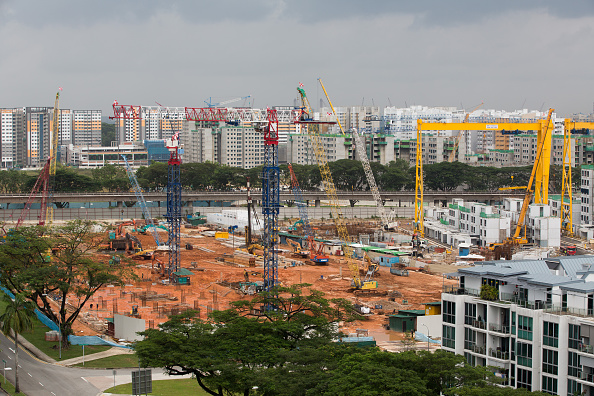 Finance Minister Heng Swee Keat announced in the Budget statement this Monday (Feb. 19) that the government is looking at borrowing by Statutory Boards and Government-owned companies which build infrastructure.

Everything you need to know about Budget Statement 2018

For instance, the Land Transport Authority (LTA) will look at borrowing for projects, such as the Kuala Lumpur- Singapore High Speed Rail.

Hence, Heng said that a $5 billion Rail Infrastructure Fund will be set up to save for major rail lines.

This is the first time the Singapore government is looking to borrow for major infrastructure projects since the 1980s.

Government borrowed in our earlier years

In Singapore’s early years, our finances were tight and we did not have enough revenue to finance infrastructure development.

Ngiam Tong Dow, a senior civil servant from 1959 to 1999, shared the view behind financing infrastructure in the initial years of Singapore’s independence.

In his book, A Mandarin and the Making of Public Policy: Reflections by Ngiam Tong Dow, he said,

“Most governments in the world borrow from the World Bank, the Asian Development Bank, or raise bonds to finance capital expenditure…

As loans have to be repaid, we only borrowed for productive purposes, not for consumption. HDB flats were built with CPF savings, not with external loans. We borrowed to grow the economy.”

“In the earlier years of our development, we borrowed from a variety of sources, including multilateral development banks such as the World Bank, Asian Development Bank and so on, to fund some of these major long-term infrastructure developments.

But as our economy grew and the tax collection was strong, we stopped borrowing some time in the mid-1980s for our major infrastructure projects.”

Since then, the general approach to projects has been to fund them using current revenues.

Besides, there was no longer a need for external financing by our government due to our budget surpluses.

Why did the government choose to borrow then?

This borrowing arrangement was proposed because we are facing a major spike in upcoming infrastructure spending needs.

The advantages of paying upfront include savings on interest payments.

However, Heng raised that infrastructure investments tend to be extremely hefty and the projects may take several years to complete.

What this also means is that the present generation will be paying for long-term projects that benefit future generations.

As Heng noted in his budget speech, “the borrowing arrangements for these projects will hence help distribute the share of funding more equitably across generations”.

Hence, the potential departure from the traditional practice of funding infrastructure upfront reflects the government’s consideration to maintain intergenerational equity.

#SGBudget2018: Govt is looking at borrowing by Stat Boards & Govt-owned companies which build infrastructure. This helps spread the cost of investment over a number of years.

Heng also stated that the government will consider providing guarantees for some of these long-term borrowings in order to lower the financing cost.

This guarantee will help to enhance the credibility of Singapore and confidence of the creditors.

However, this will only be done on a case-by-case basis.