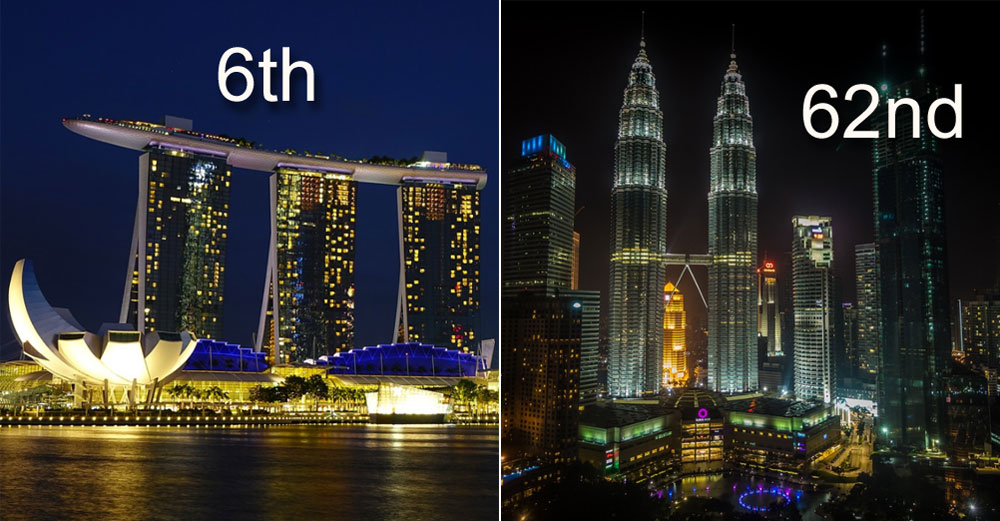 Just like airport standards and number of hours spent working, anti-corruption efforts is one of those things that Singapore tends to rank highly in international surveys.

A tale of two countries

The non-profit, non-governmental global organisation ranks countries on a scale of zero to 100, with zero being extremely corrupt and a perfect 100 is where nobody is corrupt.

According to the , Singapore scored 84, moving up one rank to share the joint-sixth position with Sweden.

Singapore remains one of the least corrupt countries in the world.

This is Singapore’s best showing since 2013, when it placed joint-fifth with Norway.

“With the strong mandate from the government, the CPIB will continue to fight corruption resolutely and safeguard the integrity of the Singapore public service.”

It shares the 62nd rank with the Caribbean nation of Cuba.

In a statement, he said the ranking did not accurately reflect anti-corruption efforts made in the past year:

“There has been enforcement action taken almost every week and high-profile arrests throughout last year. We have taken aggressive efforts to combat corruption but it (the report) did not reflect all of our work. We should be in a better position compared to 2016.”

However, TI Malaysia’s that the drop was due to “high-profile” cases.

Its current ranking is the lowest in the history of TI’s surveys.

So, if you’re wondering if the recent Keppel corruption scandal affected the rankings, it was likely to not have been taken into account as TI only looks at the public sector.