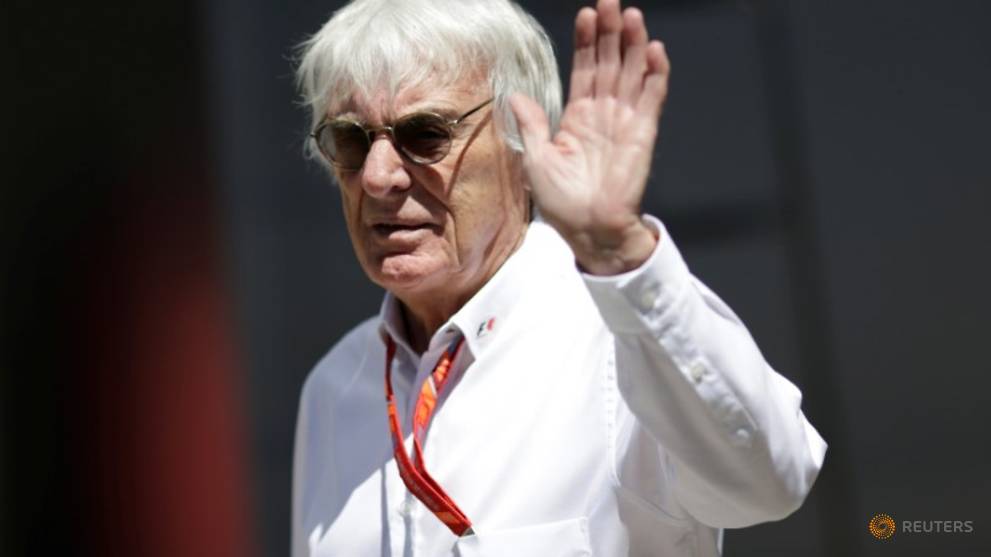 A Formula One race in Vietnam could be on the calendar by 2020, according to the sport's former commercial supremo Bernie Ecclestone.

LONDON: A Formula One race in Vietnam could be on the calendar by 2020, according to the sport's former commercial supremo Bernie Ecclestone.

"I think you’re going to get a race in Vietnam," the 87-year-old told reporters invited to his private offices in central London to talk about various issues ahead of the new season starting next month.

The billionaire Briton, who was moved aside into an undefined 'emeritus' role in January last year after U.S.-based Liberty Media took over, said a street race in Hanoi looked likely.

Ecclestone, who remains employed by Formula One on a multi-million pound salary, said the Vietnamese government was willing to pay a significant amount to promote the South-East Asian country by hosting a grand prix.

"They haven’t made a contract yet as far as I know. But if they have, it’s at least two years away isn’t it?," he said.

The Malaysian Grand Prix dropped off the calendar after last year's race but Formula One bosses have talked about expanding in China.

There have also been talks with Thailand, which came to nothing, but Vietnam is already an important emerging market for some of the sport's global sponsors such as Dutch brewer Heineken.

Ecclestone told Reuters last year that he had talks with the Vietnamese while he was running Formula One but decided, despite the money on offer, against taking the sport there because he felt there were enough races in that part of the world.

He also recalled Liberty's criticism subsequent to their takeover of his decision to go to Azerbaijan, a country without a racing history but willing to pay handsomely and whose race was rated the most exciting of last season.

The Briton warned, however, that uncertainty over the sport's future was something any local promoter should consider.

The current agreements between teams and Formula One mostly expire at the end of 2020, with glamour team Ferrari already threatening to leave if they do not like the direction things are headed.

There is also plenty of debate about what kind of engine to use after 2020, with the current V6 turbo hybrids criticised as too expensive, complicated and quiet.

While some see Ferrari's threats as empty ones, with Formula One central to their image and history, Ecclestone repeated his view that the president Sergio Marchionne was to be taken seriously.