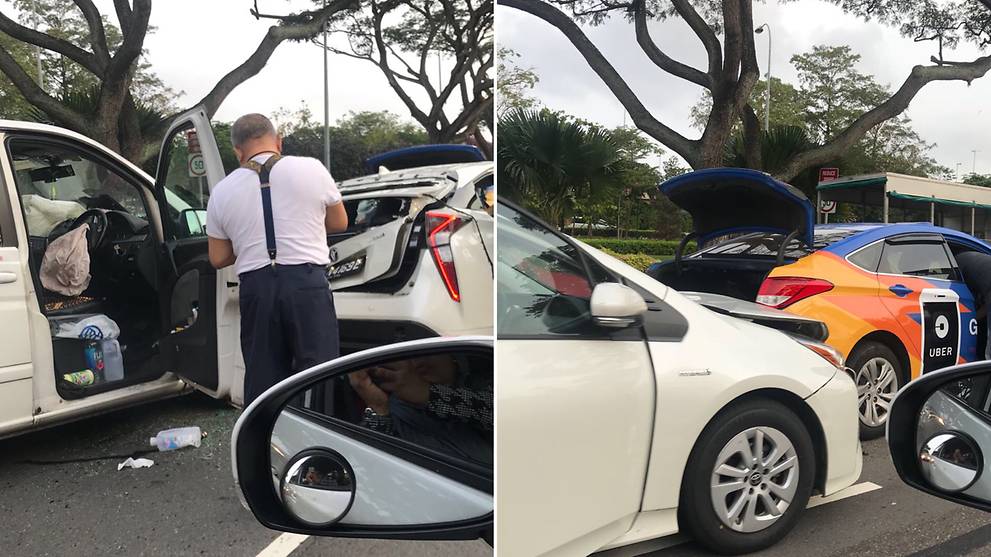 SINGAPORE: A 61-year-old taxi driver was taken to hospital after a chain collision between five vehicles occurred along Airport Boulevard towards Changi Airport on Monday (Feb 26) morning.

Police said they were alerted to the accident involving three taxis and two cars at about 7.50am.

The injured man was conscious when he was taken to the Changi General Hospital, the police added. Channel NewsAsia understands that the man had complained of pain.

Photos of the accident show two white cars and a ComfortDelgro taxi involved in the accident. One of the white cars, a Toyota, had its front and back badly dented.

Channel NewsAsia understands that one of the other three taxis involved in the accident is also under ComfortDelgro.

It is not clear which company the other taxi - which was at the front of the chain collision and suffered minor damages - belongs to, as the driver had driven off before the police arrived.

The first four vehicles involved in the accident had come to a stop because of the heavy traffic.

The fifth vehicle then crashed into the rear of the fourth vehicle - the injured's man taxi - and set off a chain collision.

A video taken after the accident occurred that was circulating online showed that the accident happened on the second lane.