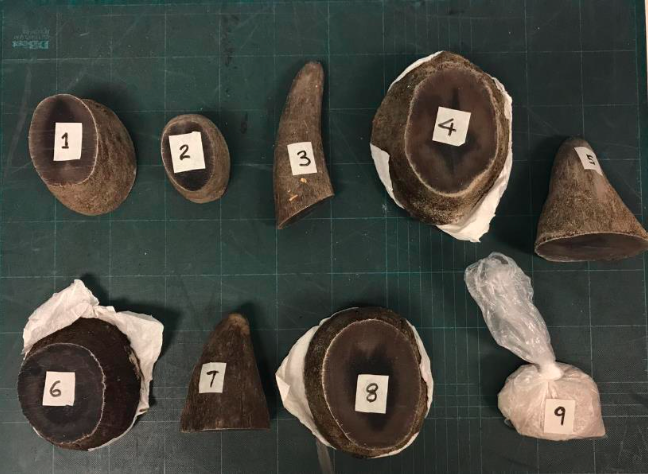 A 29-year-old Vietnamese man has been jailed 15 months for smuggling illegal rhino horns and horn shavings through Singapore, said the Agri-Food and Veterinary Authority (AVA) on Monday (26 February).

Nguyen Vinh Hai’s sentence was backdated to 6 September 2017. He was apprehended on 31 August 2017 following joint efforts by AVA, Singapore Customs and the Immigration & Checkpoints Authority (ICA) to investigate an attempt to smuggle illegal wildlife products through the Republic.

Nguyen, who was flying from Dubai to Laos via Singapore, was stopped upon arrival at Changi Airport and his luggage inspected. Eight pieces of cut horns and a bag of alleged horn shavings were detected and seized. Nguyen was then arrested.